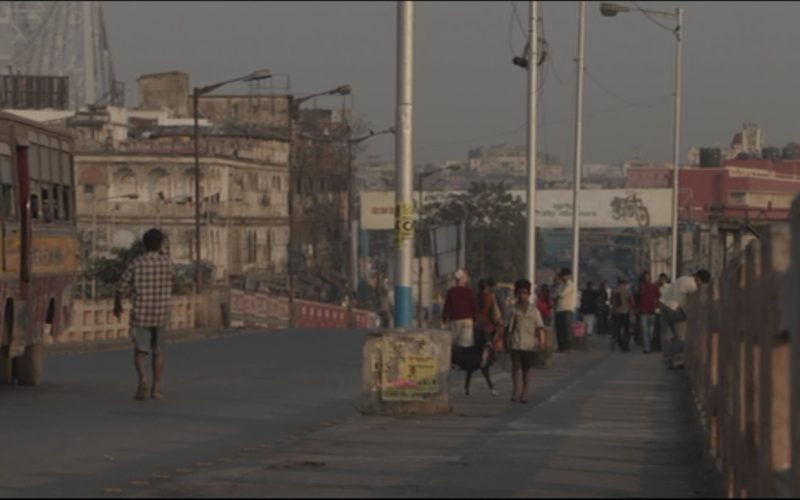 Saroo Brierly’s memoir, A Long Way Home, is not a text that would seemingly be easy to adapt to a traditional, narrative film. It covers nearly thirty years. While the compression of time is possible in film, texts are often better at emulating the psychological effects of duration. Books of drastically different lengths can end up being reduced to narrative films of the same length. Large portions of the book are about the adult Saroo relating and reflecting on his experience after the fact. (The memoir starts where the film ends.) Too much emphasis on the grim conditions of orphans living in Calcutta could alienate Western audiences looking for a feel-good story. Not enough, and the same audiences might not understand the emotional bond between Saroo and his biological family.

It is interesting to note that Lion was nominated for six Academy Awards, including Best Cinematography, but it did not earn director Garth Davis a nomination. This was cinematographer Greg Fraser’s only nomination to date even though he’s worked with Jane Campion (Bright Star), Matt Reeves (Let Me In), Kathryn Bigelow (Zero Dark Thirty), and Bennet Miller (Foxcatcher). Since we are in the middle of another awards season as I write this, it’s worth repeating my biggest reservation about the proliferation of awards categories: it is often difficult to separate the achievements and contributions of one person on a film from another. Dev Patel and Nicole Kidman both received Oscar nominations, as did the music, screenplay, and film itself. How and when a film director gets dubbed as an auteur rather than a conductor, when he (or she) gets credit for work delegated, is a vexing question — but one best left for another time.

The first, most obvious observation I can make about Lion’s screen composition is that it isn’t particularly flashy or innovative. It doesn’t have to be. The underlying material is powerful, and it lends itself to a straightforward approach. But it is thoughtful.

Standard film studies textbooks suggest that camera proxemics can and is used to create distance between the subject matter and the audience. When Saroo is lost in Calcutta, we get a lot of long shots. The already small boy looks even smaller at a distance. India takes on a vaster psychological dimension. Establishing shots are usually throwaways, but here they are a bit more frequent, pulling away from the boy and embedding him within a larger social or geographical tableau. Later in the film, the adult Saroo, using Google Earth, will pan outward from a close-up view of a small patch of land to a view from space of the entire planet. This move is symbolic of the entire narrative, which starts with a focus on a single boy and ends with a text reminder that 80,000 kids are lost or orphaned in India each year.

Close-ups, conversely, connote intimacy, and there are very few of them in Lion until the end. It is almost as though the film wants viewers to be starved of that closeness that Saroo lacks so that when it is conveyed, it is all the more powerful. The shot above is one of the few close-ups, and it is after the Brierly’s adopt Mantosh. This is a point-of-view shot, but the young Saroo is not this close to the action. He is watching it from another room. The tightness of the frame suggests there is no room for him in the picture…or the family. This isn’t true, of course, but the framing is about communicating what Saroo feels.

Another notable formal feature of the back half of the film is that Saroo is rarely in the same frame as others, even when having intimate conversations. Shot reverse shot is so commonplace in film that we hardly notice this fact. Our brains, conditioned by the conventions of shooting, understand that the figures are in close proximity, but our eyes see only one person at a time.

I think this helps us unconsciously realize Saroo’s isolation. Even when the adult Saroo is in bed with Lucy (Rooney Mara) we get a lot of shot reverse shot of the figures, inches apart, looking at each other. (In one notable shot, we see her hand, from off the screen, reaching into the frame to caress his face.) When Saroo and Lucy are talking, they are often sitting parallel but looking in different directions. When Sue Brierly gives her speech, most of it is a close-up of actress Nicole Kidman. Saroo is present, but he cannot penetrate the invisible walls (the frame) that separate him from the people he loves.