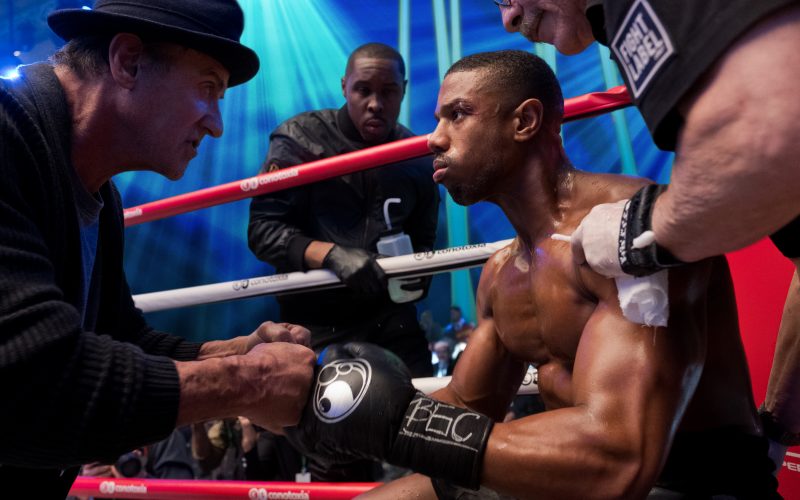 Creed II, while an enjoyable enough film, fails to live up to the re-energized narrative crafted by Ryan Coogler in 2015’s Creed (he only served as a producer on this film), seeming more like a sequel to Rocky IV than the last movie in the franchise. While it avoids much of the pulp nonsense of the 1985 film, it doesn’t really stretch very far from Rocky IV’s rather predictable and familiar formula.

Creed II is at its heart a story of Apollo Creed’s son fighting Ivan Drago’s son to triumph over the demons they inherited from their fathers. Adonis is there to avenge his father’s death in the ring and Viktor to make his father proud and restore respect to the Drago name after his father’s loss to Rocky. It is all rather contrived and doesn’t really stand up when examined outside the film.

The premise would have been marginally acceptable had the previous film not been a narrative of Adonis Creed finding his own place in the world outside his father’s shadow and wrestling with his insecurities and anger. Unfortunately, in order to drive the film to the expected ringside confrontations, Creed II erases much of the nuanced character development of the original. Bianca’s story is mostly relegated to that of a significant other, getting little in the way of development. That being said, both Thompson and Rashad are great in the majority of their scenes. Jordan also shows his skill as an actor, despite the predictable script, in the aftermath of Adonis Creed’s first fight with Viktor Drago.

The opening scene of the movie focuses on the Dragos and I believe the film needed to keep the more of the focus there, as this is the more interesting story. Perhaps instead of calling this Creed II, they should have shifted the direction of the film and named it Drago. Ivan Drago lost everything after his fight to Rocky. The only thing he knew was how to fight, so he poured everything into making his son into a boxer he could use as a vessel of his revenge/redemption. The kernel provided in the tale of a father trying to continue his past glory and failed ambitions through his son is moving and tragic. We see glimpses of a redemption arc and the difficult relationship between father and son, built on strict regimen and expectation, but the film provides too little and fails to deliver. It suffers for this, never quite managing to pull the Dragos out of the shadow of the Soviet superman caricature presented in Rocky IV.

As for the main thrust of the story, there is an interesting turn in the result of the first fight between Adonis and Viktor, but as the story moved into the final confrontation, we saw unnecessary story beats from previous Rocky films and a training sequence that in context echoed the same one Rocky went through before fighting Ivan Drago in Moscow.
Story aside, the fight scenes were polished and brilliantly executed, tugging the audience to gasp and cheer along with each jab, punch, and uppercut. If you enjoyed the Rocky sequels, you will probably enjoy this film, despite its failing to live up to the first Creed film.