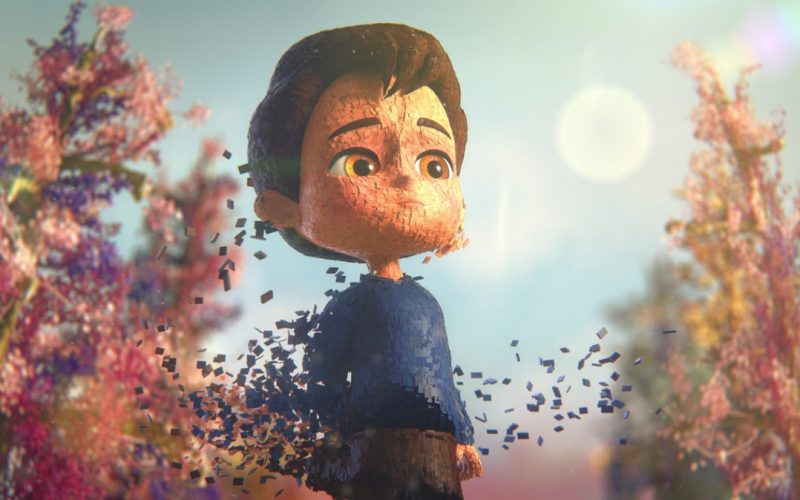 That diagnosis is not made explicit in the nine-minute, animated short film that bears his name. In fact, there is no dialogue at all, which helps universalize the narrative. (You might not know that Ian is from Argentina. Then again, you might not care. Certain struggles are the same all over.)

Short films resist commentary, but they are conversely starved for publicity. So here’s my take on Ian. It’s a conventional tale about acceptance that is artfully made. The children in the CGI animation have flaky skin that makes them seem to be made of papier-mâché. This makes them look more real than do some characters in more smoothly rendered animation. I like how the playground bullying is rendered both literally and symbolically. As Ian expresses rejection or ridicule, a wind blows him through the playground’s fence, back into the wheelchair from which he observes the world that he cannot join.

The musical accompaniment for Ian is a little on-the-nose, as are the requisite home movies of the real Ian that accompany the credits. Even so, it is nice that Ian’s final sojourn onto the playground is presented as self-directed and acceptance by his peers is metaphorically shown to be gradual rather than decisive.