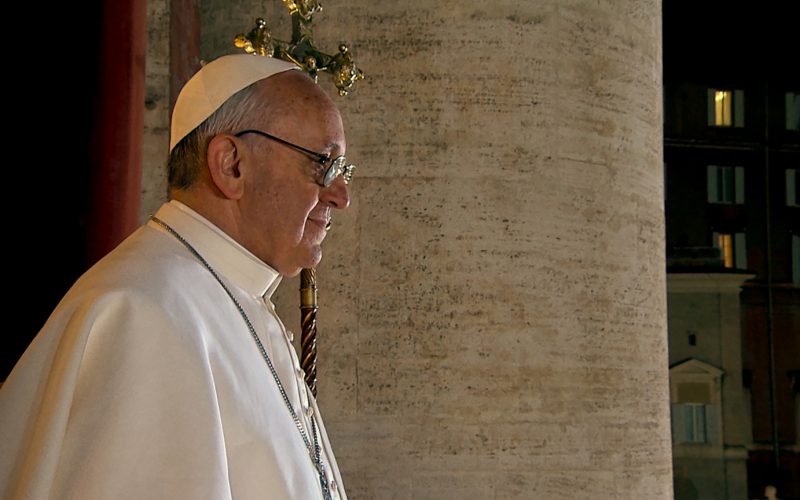 Go to the Youtube page containing the trailer for Pope Francis: A Man of His Word, a week before the film opens, and you may be surprised to find scores of commenters, most vituperative, ready to condemn the film sight unseen.

The documentary itself is a commendable, straight-forward compilation of interview answers and public statements by its subject. It underlines Pope Francis’s concern for the poor,  his condemnation of clergy abuse, and his call for stewardship of the earth and its resources. These aren’t exactly radical ideas, antithetical to American Christians, are they?

There has always been a strain of Anti-Catholic politics in the United States. William Bradford, in Of Plymouth Plantation,  calls the Protestant Reformation the “the first breaking out of the light of the gospel in our honourable nation of England.” Before the Reformation, there was only “the gross darkness of popery.” Plymouth was not the only colony to where those anti-Catholic sentiments immigrated.  “We hate Rome’s whore with all her trumpery,” wrote Anne Bradstreet in “A Dialogue Between Old England and New.” That poem was directed as much to those living in the colonies as those in England. Its central thesis was that all other considerations, including a desire for independence, should be subordinated to the need to keep America Christian…by which she meant Protestant. Jonathan Edwards filled his A Notebook on the Apocalypse with what he deemed signs that prophecies in the book of Revelation were being fulfilled. In it, he, like Bradstreet, appears to reflexively affirm the notion that the Roman Catholic church is the beast, the whore, the anti-Christ.

It might be possible to read anticipatory harangues about the film as just another chapter in America’s divided, conflicted religious history. But when Pope Francis addresses the American House of Representatives, the film cuts to a reaction shot of Paul Ryan, possibly America’s most famous Roman Catholic, and he sure looks like he wishes the Pope would take his three T’s (trabajo/work, teirra/land, techo/roof) and shove them up his mitre.

Francis says he wants “a poor church for the poor.” A church that puts its hope on wealth, he says, is nothing more than an “NGO for charity and culture.” Perhaps that message scares those with a lot of money and who have never read Matthew 19:24. When speaking of environmental pollution, he remarks that no one can say, “I have nothing to do with this.” Those are certainly uncomfortable thoughts, but it’s hard to see how anyone can read Ecclesiastes 7:20 or Romans 3:10 and not hear them as anything other than a lucid articulation of a truth central to Judaic and Christian teaching.