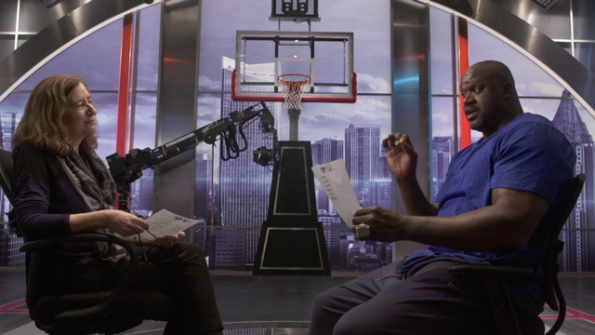 Colleges and universities are drawing their academic year to a close. Students in high-school have a bit longer to go, with those in their junior and senior years also gearing up to take their AP, SAT, and other placement exams. It’s been almost four decades since I found myself hunched over my chair in AP English, scribbling furiously on a practice exam and wondering how crazy it was that my future appeared to rest on how well I could parrot some psychobabble about the poor flower being decapitated in one of Emily Dickinson’s poems.

I’ve wondered many times since then if my own abiding ambivalence about poetry stems less from some intellectual or spiritual defect and more from being forced to study poetry before anyone was ready to really teach me and I was ready to really learn it.

Given that history, the aspect of Poetry in America I find most refreshing is the way it easily combines the input of experts and amateurs in order to make its explications of poems engaging. Whether it is Yo Yo Ma describing the pauses between musical notes as a way of explicating Emily Dickinson’s syntax or Shane Battier wryly smiling at how infrequently the biggest guy on a basketball court gets the rebound in order to praise Edward Hirsch’s “Fast Break,” it is more often than not the contributions of the non-academics that makes each episode sing.

That’s not meant as a jab at host Elisa New, either. The Harvard professor lends an air of scholarly gravitas to be sure, and any teacher at any level can tell you that eliciting intelligent responses from new readers is infinitely harder than lecturing eloquently about the texts one has studied for years. Programs are thirty minutes. That’s long enough to read a short poem several times, explicating each line, but not so long as to lose the attention of restless students or untrained adults.  Bono, Herbie Hancock, Joe Biden,and John McCain give insights during various episodes about the poetry Allen Ginsburg, Langston Hughes, and Gwendolyn Brooks respectively.

The series does an admirable job of framing the reading of poetry as a pleasurable experience. Check out the trailer below to see an array of smiles and laughs. For those who want to dig deeper, the series’ host web site offers a trove of supporting educational materials about the poems and poets discussed in each episode and other not yet covered.

The public television program, already playing on many stations, has its premiere on WUNC in North Carolina on May 1, 2018.