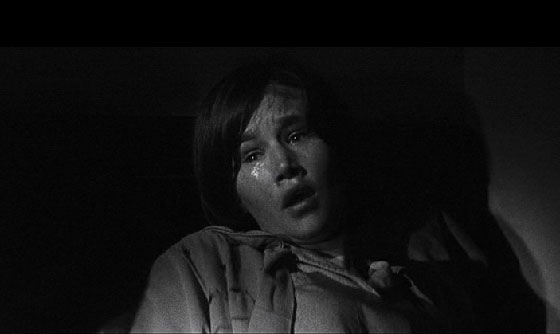 Some films go down easy. They become personal favorites based on fond memories of entertaining first viewings shared with friends and family. One revisits them with nostalgia or pauses from housework to watch a favorite scene for the umpteenth time as it plays endlessly on cable television.

In Cold Blood is not one of those films.

To watch In Cold Blood casually feels like a betrayal of not only its makers but its subjects. Having grown up in a family that experienced the devastating impact of murder, I’ve long had an inversion to the films or books that use real crime as the foundation for entertainment. (I’ve mentioned elsewhere that seeing some autopsy and crime-scene photos of the victims of Jack the Ripper cured me of and shamed me for my lifelong fascination with projects that romanticize this figure.)

But film can be art as well as entertainment — or a hybrid of both. That may be why certain subjects (violence, sex, race, religion) can be common to our most beloved and most reviled artifacts. There is inherent power in certain images and subjects. When that power is used to help us process life at its most heart-rendering, we can be deeply appreciative of the art that helps us do it. When that power is spent profligately to add a generic charge to a lazy book or film, we can resent the blunting effect it has on our empathy. That In Cold Blood falls in the former and not the latter category is easier to assert than prove. Part of its brilliance is its empathy with the killers. It could hardly be otherwise since Truman Capote needed Dick and (especially) Perry to tell the story of what happened. He would not have been able to get them to open up if he wasn’t able to approach them with as human. Normally the focus on killers is a problem in crime dramas. Even if a work doesn’t romanticize or glorify the killers, subordinating the victims’ narrative to that of their victimizers usually makes the artist and viewer voyeuristic, perhaps even complicit.

Why doesn’t it here? Chris Fujiwara points out in the Criterion booklet that Columbia may have wanted Paul Newman and Steve McQueen, while director Richard Brooks shared Capote’s desire for less well-known actors. Also, like another great crime story rooted in truth, Dead Man Walking, it refuses to depersonalize the victims or elide their suffering. I’ve long felt that altering the chronology of the narrative to place the crime itself at the narrative climax was a cheap way of showcasing the violence rather than exploring its effects, but I’ve come to acknowledge that doing so can be artistically effective. It’s as though the film, having taken the bulk of its time to explore reasons for mercy and empathy, reminds the audience of the victims’ and society’s need for justice. Lawman Alvin Dewey says, “Someday, somebody will explain to me the motive of a newspaper. First, you scream, “Find the bastards.” Till we find them, you want to get us fired. When we find them, you accuse us of brutality. Before we go into court, you give them a trial by newspaper. When we finally get a conviction, you want to save them by proving they were crazy in the first place.”

This speech is more elaborate than the blunter exchange in Capote where the author claims not to care if the murders are ever caught or convicted so long as he can get a good story and the law man replies, simply, “I do.” Even though it is one of the more on-the-nose speeches of In Cold Blood, it works well since it articulates the conflicting things we want not just from our law enforcement officials, but also from our art. We want those who have looked into life’s tragedies to make sense of the senseless. We want stories, true or false, to satisfy our need for justice while also allowing us to be empathetic and merciful.

The things we want from our best films may be mutually exclusive, perhaps even contradictory. I think perhaps some lesser films will seek to appeal to one impulse or the other. The great ones abide in the tensions between our conflicting desires rather than reconciling them or adjudicating between them.