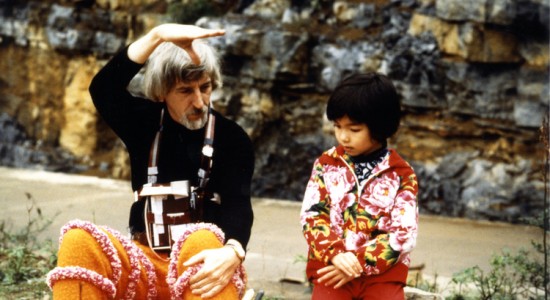 The story of Big Bird seems simple at first glance. Giant yellow bird who lives on Sesame Street and teaches lessons through the medium of song; what else is there to know? But after watching I Am Big Bird: The Caroll Spinney Story, a documentary about the man in the Big Bird suit, it becomes readily apparent that Big Bird and his green, grumpy friend, Oscar the Grouch, have forged road paved with milestones throughout the years, making a lasting impact on children around the world.

I Am Big Bird: The Carol Spinney Story is the second film about a Sesame Street puppeteer, excluding the numerous works on Jim Henson, the creator of the Muppets. The first, released in 2011, was on the puppeteer behind Elmo, Kevin Clash, and was titled Being Elmo: A Puppeteer’s Journey. Although from different studios, both films have similar approaches, blending clips from Sesame Street, interviews, and other footage for a seamless effect. I Am Big Bird, however, achieves something unique by focusing on Spinney’s personal life as well as his global impact through his work. 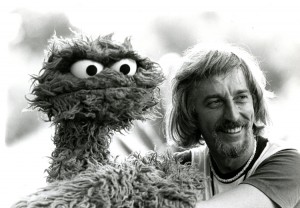 I Am Big Bird is quick to introduce the viewer to Spinney, the man. Even before Big Bird and Oscar the Grouch, both his brainchildren, are discussed, the viewer has an understanding of Spinney and his personality. The film takes the viewer on a journey through Spinney’s life, from his childhood to the present day, taking the time to explore the trials and hardships he experienced. There is no magic scene where suddenly Spinney becomes rich and famous through Sesame Street and all his problems are suddenly over. Quite the reverse,  Spinney learns that no amount of money or fame could bring him the kind of happiness he was looking for. I Am Big Bird is a very humanizing documentary, far more serious than the title would suggest. While Sesame Street is a program for children, the documentary is not for the television show’s suggested age of three to six.

Although the documentary focuses on Spinney’s personal life over the last 46 years playing Big Bird, it also steps back to show the bigger picture, that of Big Bird as a cultural icon. Big Bird has become the unofficial face of Sesame Street over nearly five decades of entertainment. He is on the merchandise, he performs at the Sesame Street live shows, and he once appeared on Saturday Night Live to represent Sesame Street after Mitt Romney mentioned PBS in a presidential campaign address. Big Bird has been a global icon for years. In 1986, Big Bird was selected to be one of the passengers on the Challenger spacecraft, to incite more children to watch the launch. Fortunately for the bird and his fans, the appearance of world’s first astronaut Muppet was delayed, due to Big Bird’s size and fear that his feathers would interfere with the flight. However, the encounter with NASA is just another incident demonstrating Spinney’s and his characters’ influence. Big Bird is a mascot for all of Sesame Street, and the documentary emphasizes his impact on the lives of children and adults alike.

The film takes the time to explore the mechanics of Big Bird and Oscar the Grouch, both operated by Spinney. Big Bird is one of the few Muppets to be puppeteered from the inside, with Spinney only able to see out of the suit by a small screen tracking his movements. Oscar is operated by crouching behind his trash can home. Both techniques are unconventional, as far as puppeteering is concerned, but Spinney handles them with finesse.

The title of I Am Big Bird is an apt one for the documentary, showing a man’s journey in becoming this character. Spinney realizes the similarities between himself and Big Bird, and acknowledges the influence that the show and the character have had on his life. Big Bird is written to be at the same developmental level as an average six year old, but he shares characteristics and mannerisms with Spinney. After playing the character for 46 years, Spinney understands that he is Big Bird and Big Bird is him. His idealistic worldview and penchant for seeing the good in every situation seep through into Big Bird’s character.

Big Bird is a fan favorite, and Spinney is still enjoying playing him after 46 years. Although the man is 81 years old, he shows no signs of slowing down or stopping work on the show. He is content to enjoy life with his family, pursue art, and on certain days, be Big Bird.