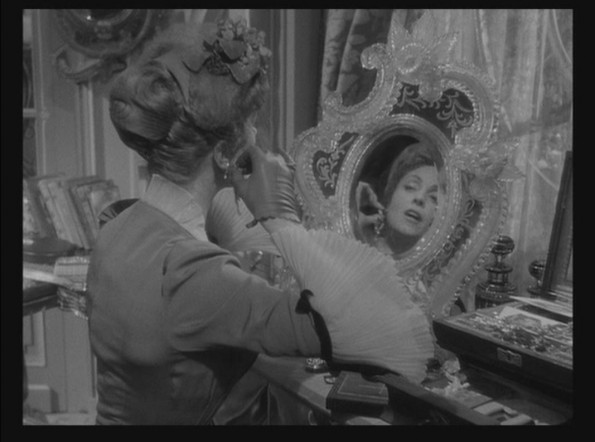 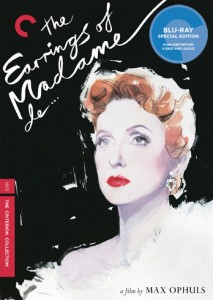 The films of Max Ophuls are surprisingly accessible. That doesn’t mean they are shallow. Indeed, one of the selling points of The Earrings of Madame de… and Caught is that they both take familiar narrative frames and manage to craft memorable stories that elicit complex emotions within them. But if you are the sort of amateur cinephile who likes to know what artists influenced your favorite directors or to have an informed opinion in discussions of the film canon, Ophuls is a good director to check out. His films are not so alien to modern, narrative sensibilities as to require large amounts of explanation, yet they are filled with touches and techniques that make them stand out in comparison to other films of their era.

It helps amateur film students, too, that Ophuls is widely associated with a specific signature element: the tracking shot. One thing that makes older films look fresh is when they employ techniques that come to be more broadly used in subsequent generations. Andrew Sarris mentions that Ophuls influenced Stanley Kubrick and Jacques Demy; the latter dedicated his first film to Ophuls (Interviews with Directors 354).  Paul Thomas Anderson introduces The Criterion copy of The Earrings of Madame de…, citing Ophuls’s reputation for tracking shots as what attracted him to the director: https://www.youtube.com/watch?v=oumV7GgPyfE.

You can see Anderson use this technique in Boogie Nights; check out the third item in this wonderful compilation by Patrick Chamberlain.

If everyone agrees that Ophuls’s tracking shots are wonderful, not everyone agrees on what they mean. Sarris details getting a letter from fellow film critic Ronald Caro purporting not to understand their purpose in Letter from an Unkown Woman. This leads to one of his more problematic claims: “For Ophuls, the track is less a method of treating individual scenes than the instinctive epxression of a personal vision” (353). There is  vague quality to that claim that makes it unsatisfying. Besides, Caro only claims to be puzzled by the tracking shots in one film. He says their purpose  in Lola Montes is fairly evident (the camera circles the character to emphasize her entrapment). Some of the tracking shots in Caught feel equally simple to understand. 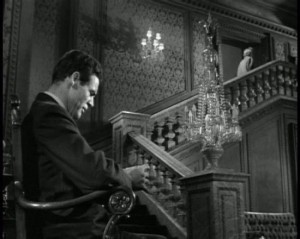 In that film Barbara Bel Geddes plays Leonora, a woman who parlays a charm school education into a job as a department store model for mink coats and who finds herself the subject of a freakish and flukish marriage proposal from a multimillionaire, Smith Ohlrig (Robert Ryan, allegedly caricaturizing Howard Hughes). His jealousy and emotional cruelty evidence mental illness, and she flees her gilded mansion cage, landing a job as a receptionist for a pediatrician (James Mason) and an obstetrician. The different locations in the film have different looks, with the mansion scenes connoting Leonora’s isolation through long shots with relatively empty frames and little movement. In one famous scene, Leonora is literally sitting facing a wall on the stairs as Smith paces back an forth. The camera tracks Smith, and each time it passes beyond the corner of the stairwell, taking Leonora out of the picture, we are viscerally reminded that he does not see her. She is a spectator to his monologues, not a participant in his arguments. 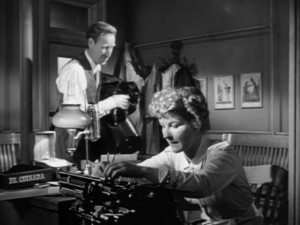 By contrast, the scenes shot in the doctors’ office, while more cluttered, paradoxically allow freer movement. Several times we see Ophuls’s signature panning shots as a character moves through a door and the camera glides along the axis parallel to the invisible fourth wall, moving us, without a cut, from one room to another. The ease of movement here represents Leonara’s relative freedom. Her life may be shabby in comparison to her existence at Smith’s mansion, but she is free to come and go as she pleases.

Ophuls takes great liberties with Libbie Block’s novel. One senses that Hollywood sensibilities in the 1940s did not allow the auteur to fully explore the conflict between the pull of passion and that of financial security. Leonara insists that she loved Smith and not his money, even though he proposes after one date. Ryan is creepy as the monstrous Smith, but the film’s first act, with Leonara paying for an education on how to land a man suggest a much deeper infatuation with money than Bel Geddes is allowed to show. A subsequent pregnancy–and Smith’s offer of divorce only if he can have custody of the child–give Leonara a reason for staying in a loveless marriage; when her doctor beau (Mason) attributes her hesitancy to leave Smith as being financially motivated, that also hints at a darker story that couldn’t be told.

Perhaps it was the greater freedom to own the conflict between money and security that makes The Earrings of Madame de… the better film. Both films begin with shots not of the female protagonist but of the trappings of riches. In Caught, Leonora is flipping through a catalog with her girlfriend discussing which luxury items they most covet. In Earrings, Louise (Danielle Darrieux) is rummaging through her possessions, trying to decide what to sell to a pawnbroker. “I’d rather die than give this up” she says of one item. “I adore my cross,” she says, ironically, about another piece of jewelry. When she decides to pawn the titular earrings, she stops at the church to pray: “Dear Saint, please make him buy them.” 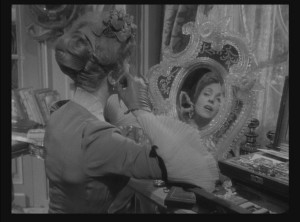 ore disturbing than the sale itself is the elaborate lie she comes up with to explain the jewelry’s absence to her husband. Because a lady can’t be contradicted, her claims to have lost the earrings at the opera necessitate an elaborate search (by her husband) and a police report. The potential damage created by her deceit is emphasized when the jeweler tells her husband that Louise sold the earrings. Since they have been reported stolen, if they are found in his possession, his shop could be ruined. Andrew (Charles Boyer) buys them and gives them to his mistress as a parting gesture.

How the earrings make their way back to Louise–and acquire a different value–comprises the bulk of the story. Here again, Ophuls uses mise-en-scene and tracking to suggest (relative) entrapment and freedom. Characters seem forever trapped in mirrors, faces devoid of expression and someone symbolically separated from the wealth that surrounds them. Dance as a symbol of emotional abandonment is a bit of a cliche, but the tracking shots give Louise’s dance with her lover (Vittorio de Sica) the requisite feeling of lightness to make us understand her choices.

Without getting into spoiler territory, it’s worth mentioning that Boyer is given a speech fairly late in the film that complicates our allegiances. I’ve commented in these pages before that the Hollywood melodrama seems forever stacked in favor of love over marriage–as though the two were indeed opposites. The unrepentant, monstrous Smith Ohlrig who forces the viewer to root for the adulterous relationship in Caught is replaced in Earrings with an admittedly flawed husband who is equally put upon and perhaps more willing to make some concessions than his wife. We know nothing in the film of their courtship or Louise’s life before marriage, but the opening scenes give us a fairly damning portrait of a woman who wants her cake twice over and to eat it too. There will be another trip to church before the film is over. Whether you read what happens there as an empty gesture or a desperate one will go a long way towards informing your opinion of Louise.

That it can be read as either one is part of Ophuls’s skill.

Caught is currently available on Amazon (free for Prime subscribers). The Earrings of Madame de… is a Criterion Blu-Ray disc, but it can also be seen by Hulu Plus scubscribers.