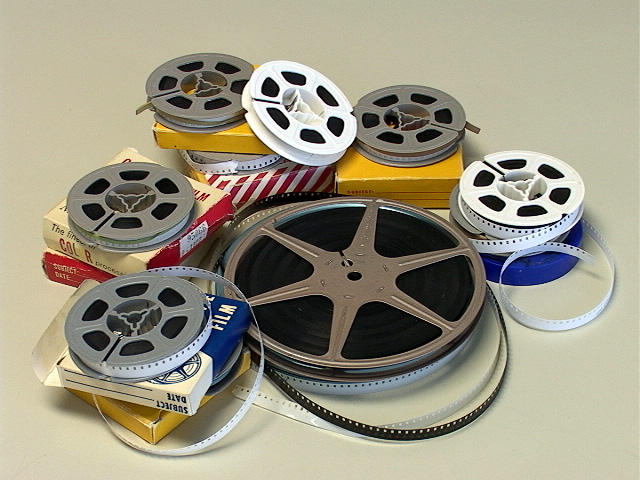 I turned off a film that I was screening for potential review purposes last month.

I had been looking forward to seeing it for a while, and I had heard good things about it from other other critics who had watched it. Pretty early on there was a scene that made me fairly uncomfortable. That’s not all that rare. As a teacher, I’ve often encouraged students not to flee at the first feelings of discomfort lest they forfeit the opportunity to profit from legitimate works of art that might have good reasons for asking you to face uncomfortable ideas or feelings. That scene was followed soon after with another that seemed to push the same button without doing much to advance the story. After a third scene that bothered me, I shut it off convinced that the style was not going to change and that whatever insights I might glean from the film were simply not worth the effort it was going to take to watch it productively.

That doesn’t happen often, but it is not unprecedented. What was strange was not that a Christian, even one who reviews films and teaches literature for a living ,would make such a mental calculation. We all have areas of our memory and imagination that based on past traumas or experiences we may need to protect a bit more actively than do others. In my mind, that’s what discernment really is. What did strike me as different about this particular experience is that I felt a strong urge to tell everyone–to get on social media and use every platform I had to let friends and strangers alike know about my decision. That desire puzzled me.

First let me say what I don’t think that desire was all about. I don’t think it had much of anything to do with the film. It was a relatively obscure film, and I don’t think the sorts of readers who want or need explicit trigger warnings would be likely to watch it anyway. If anything, the response may have been exasperation or cynicism: “You thought that movie had some stuff in it you didn’t want to see? Duh, we could have told you that!” Alternately there may been condescension masquerading as polite sympathy from other quarters: “Too bad, you couldn’t get through it. I watched that film; it was great!” Honestly I was probably more worried about the potential responses of my friends who were moviegoers and sometimes, in their zeal to protect their own God-granted freedom to make choices from censorship or implied censure, can tend to treat anyone’s exercise of their own discretion as a passive-aggressive form of judging them. Do you think you are holier than we are because you abstained from something we didn’t? Isn’t that the tyranny of the weaker brother?

I don’t think I’m holier than anyone who watches what I don’t. Heaven knows I watch enough–and get enough grief for watching it–to not make that a reliable metric of one’s spiritual maturity. Again, one’s discernment and maturity is not determined by what he or she watches or refrains from but by how perceptively he or she is able to follow the guidance of his or her own promptings rather than to succumb to peer pressure on either side.

Really then, the reason I wanted to share was as a kind of boast. “See, all you people who think I’ll watch anything and am a slave to the hipsters and to the secular crowd…I am capable of partaking without surrendering my discernment!” Well, that’s a good thing, right? So why not boast? If for no other reason, it’s good to model for those who might be influenced by you (students/readers) that it is okay, even as a professional, to occasionally say “no.” (I would add that in doing so one ought to be careful to try to not demonize the art object or artist[s] that created it.) 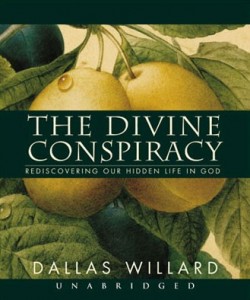 Fortuitously, a friend and colleague had been revisiting Dallas Willard’s The Divine Conspiracy when I shared some of these thoughts with her. (One of the ways I have most directly seen the hand of God in my life has been how frequently it seems that those I converse with–casually or intimately–seem to have just read or heard a teaching that bears directly on whatever I am thinking about at the moment.) In Chapter Six, Willard discusses “Escaping the Deceptions of Reputation and Wealth.” The key verse here, the one which he claims “gives us [Jesus’s] guiding principle” is Matthew 6:1: “Be careful not to practice your righteousness in front of others to be seen by them. If you do, you will have no reward from your Father in heaven.”

I appreciate that Willard almost immediately warns that “the teaching is not that we should hide our good deeds.” Throughout the book, as I understood it, Willard cautions that Christians love to take principles and turn them into rules. There may indeed be times when it is appropriate to hide the good that one is doing. It may be okay, at other times, to let people know of the good that one is doing. (I’ve already mentioned one hypothetical reason for sharing–as an example or encouragement to others.) Where the public proclamations are troublesome is when they are seen as the end of the good deed. Willard again, “not are we seen doing a good deed, but are we doing a good deed in order to be seen” (190).

Principles are a lot harder to apply, even for ourselves, than are rules. The reason for that–and this is my observation, not Willard’s, although he may have said something similar–is most of our actions are ambiguous when it comes to discerning motives. The same action can be motivated by a desire to please God and follow his promptings for your life or by a desire to win praise from (secular or, yes, religious) men. Willard, as usual, summarizes “The Respectability Trap” elegantly: “When we do good deeds to be seen by human beings, that is because what we are looking for is something that comes from human beings. God responds to our expectations accordingly. When we want human approval and esteem, and do what we do for the sake of it, God courteously stands aside because, by our wish, it does not concern him” (190).

I want to emphasize that in Christian circles we tend to equate The Respectability Trap exclusively with those who have an unhealthy concern with their reputation in secular society. I’m not sure that Matthew 6:1, as Willard unpacks it, makes such a distinction. In fact, I’m reasonably confident it doesn’t. The contrast is not being made either between what God thinks and what the secular world thinks nor between what other Christians think and what non-Christians think. The contrast is being made between what God thinks of you and what men think of you. I’ve known Christians every bit as much in bondage to The Respectability Trap as those whom they scorn for chasing after the world’s good opinion. Often such people are blind to their own hunger for reputation simply because the opinions they care about are those of other Christians. That may be better (though not by much) than caring about about what non-Christians think, but it is still being motivated by a desire to improve your own reputation rather than to be content with the audience of one.

I know of few fields where people care as much about reputation as education and film journalism. And those are the two fields I happen to work in. People invest massive amounts of time and energy trying to bolster their opinions and judgements against inevitable criticism from those who disagree. We do so by citing credentials (did I mention I have a Ph.D.?) and citing others who are on our side (hey, Dallas Willard agrees with me!). As in many other areas, though, the difficulty of staying out of  The Respectability Trap is that we live our lives and do our jobs in public. The point, as summarized above, is not to hide our good deeds. That would be turning a principle into a rule. The point is to try to get to the point where one is motivated more by the benefits of the action than by the praise one anticipates for undertaking it.

I wonder, though, if in our concern not to hide our good deeds, we (Christians) haven’t gone too far in the other direction? When it comes to exercising personal discernment, I don’t see a whole lot of people hiding their good deeds. (Nor am I impervious to the irony of having just written 1500 words in support of not announcing your good deeds prompted by an example of my doing just that.) What I do, perhaps, think I see is a lot of is Christians using the “don’t hide your light under a bushel” excuse to trumpet their own exercise of discernment and suggesting it as a model for everyone. That’s why even though I am a big fan of exercising personal discernment, announcements of doing so raise all sorts of red flags. These announcements rarely come across as descriptions of one’s own respect for one’s own limitations but rather as attempts to set the boundaries for others. There’s a spiritual arrogance in doing so that we should all be cautious of, both those of us who forgo the opportunity to view particularly difficult films and those of us who continue to partake  in good conscience.

6 Replies to “The Most Neglected Verse in Christian Culture Wars…”