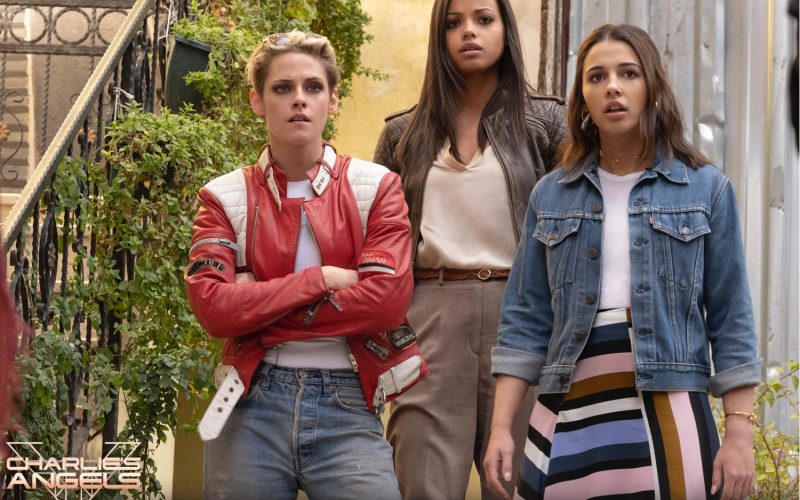 As I write this, the newest entry of Charlie’s Angels has one hundred and eighteen (118) reviews aggregated at the website Rotten Tomatoes. Soon to be one hundred and nineteen.

The sheer number of reviews raises questions about their function and purpose. Rotten Tomatoes has expanded their roster of qualifying critics to make it more inclusive of underrepresented groups and reflective of the broader movie-viewing public. While there are still starred “Top Critic”s whose reviews are highlighted, the majority of the roster, like your’s truly, are “Individually Approved. ” The growth of freelancers may suggest a shift in power from venue to writer, but it seems to me that the only real rating that matters is the aggregate one. Studios care about critics not because their work appears on (more properly is linked to) Rotten Tomatoes but because their work counts in the straw poll that determines “Fresh” or “Rotten.”

Charlie’s Angels is at 59% “Fresh” at the moment, which is, ironically, the highest number a film can receive and still be dubbed “Rotten.” Among Top Critics, that number is about 53%, so there is perhaps some support for the notion that making the site more populist also results in grade inflation, but not that much. Some critics may seek a reputation of being hard to please while others may chase pull quotes and studio approval by reflexively praising anything and everything, but the proportion of each appears about the same among older and established outlets and new-kid-on-the-block blogs.

I’ve long speculated that there is a self-selection process among freelancers that might superficially resemble being an easier grader. Back when I was paid to provide regular content for a larger venue, there might have been some incentive to muster up the energy to write four hundred or more words about how Maleficent 2 was as bad as its predecessor or how the last good Terminator film came out when I was in graduate school. When you are writing for a smaller audience more interested in recommendations than clever put-downs, bad reviews of studio fare are a bit of a chore.

One does have a bit more incentive to weigh in on films that are in the balance, which brings me back to Charlie’s Angels. I understand — or think I do — the critic who has no interest in seeing this film. I am not sure I understand the one who does and comes away disappointed. It is more or less indistinguishable from the newer Mission: Impossible films that always seem to garner raves, excepting the facts that Ella Balinska is capable of showing a broader range of emotions than Tom Cruise and Kristen Stewart is consistently funnier than Simon Pegg.

Elena (Naomi Scott) is a bit of a weak link, not because of the actress that portrays her but just because her character arc from frightened amateur to super-spy is too rushed. A montage over the final credits suggests maybe there was a version of the script where Elena remains a civilian for more of the movie and her transformation and integration into the team is held for the sequel, but…who cares?

That’s not a rhetorical question. This film is an entertainment vehicle, and Elizabeth Banks wisely gives us large doses of conventional action (car chases, fights in rock quarries, underwater rescues, computer hacking as an all-purpose source of plot advancement) and small twists to make the enterprise more suitable for the current cultural moment (Sabina’s first speech, the existence of female Bosleys, a cute male nerd-in-distress who must be rescued).

I don’t expect this review to kick off an Oscar campaign for the film — though Kristen Stewart is overdue for a nomination and, hey, John Wayne won his award for bringing A-list gravitas to a conventional genre film — but if late breaking undecided voters can push Charlie’s Angels over 60% and make it “Fresh” that would certainly help make me feel like an important film critic using his bully pulpit to help right a terrible critical injustice.