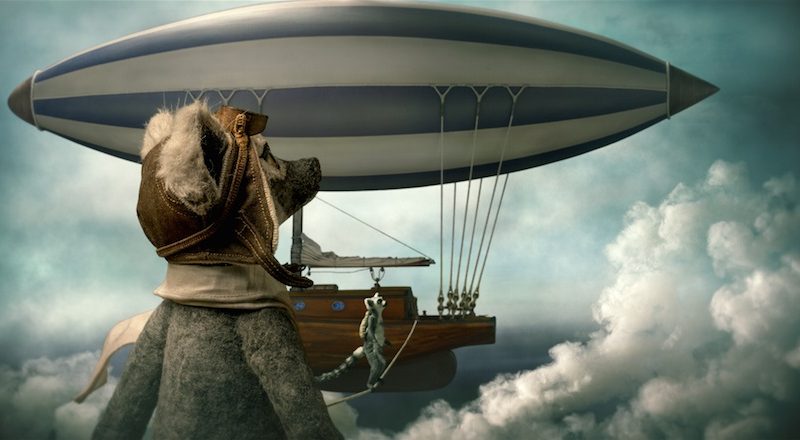 Awards season is upon and seldom has it been this late in the calendar year when I have not had at least an inkling of what the frontrunners would be in most of the major categories.

It’s hard to imagine an animated film that does not have , even if The Incredibles 2 and Ralph Breaks the Internet are garnering positive reviews. (Oddly, both films are more esteemed by critics than popular with the general public at Rotten Tomatoes.)

Sgt. Stubby: An American Hero does have Paramount’s backing, and it comes with the Dove seal of approval. Whether the latter is a positive or comes laden with too many associations with mediocre faith-friendly fare remains to be seen.

Remarkably, though, Stubby manages to convey many of the darker aspects of its subject matter while avoiding the gore and volume of most war films. Shell shock, tear gas, and influenza all make an appearance in  the story of “the most decorated dog in American history.” But it is also an uplifting film, suggesting that emotional bonds sustain humans during times of struggle and doubt.

Nominations in the category of animated short are even harder to predict because so few people actually get to see these films, even the ones that are nominated. It’s to the advantage of Two Balloons that it is available on Amazon Prime, though you may have to search for it specifically. (A general search via my Roku didn’t find it, but a search on the Amazon site revealed it is available.)

Like Sgt. Stubby, Two Balloons has gentler tone than what we’ve become accustomed to in animated fare. It is without dialogue and accompanied by piano music as a lemur navigates a dirigible-propelled ship.

The film is what is generally called stop-motion animation, and director Mark C. Smith made this lovely video illustrating how the wave effects of the sea were created. If you can watch it–or the film–without smiling, give yourself a Grinch award.