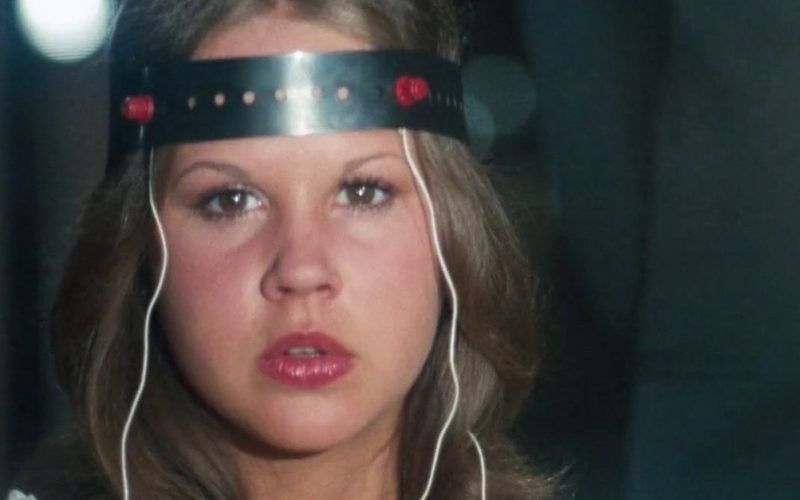 No subsequent entry in the Exorcist franchise has attained the level of critical acclaim and popular success as the original. But even when only compared to a host of sequels and imitators, Exorcist II: The Heretic lags behind. Truthfully, its poor reputation is justified. The screenplay is borderline incoherent, the performances (especially Richard Burton’s) unintentionally comic, and its scares few and far between.

But even if the film itself is poor, Shout Factory‘s Blu-ray Collector’s Edition is worth the purchase for the extras alone. These include a new interview with actress Linda Blair and a new audio commentary with director John Boorman. The tale they tell of the film’s construction enlightens viewers about the process of putting together sequels on the fly and why it doesn’t always work.

An often commented upon feature of the film is that it introduces several ideas but doesn’t develop any of them. Boorman, for instance, admits he is was interested in a demon acting as a seductress through the (now) older Regan, but Blair says she resisted that storyline. Blair admits that working with stage and screen legend Richard Burton was a personal thrill, but her description of his reliance on cue cards explains an awkward emotional disconnect between their characters.

The extras are a valuable compilation of insights and memories that are assembled together in one place. Under the label of Shout Select, the company has also released Collector’s Editions for Get Shorty and Dragnet. While such Criterion-like treatment is usually reserved for classic films, these entries prove that popular, mainstream films can attract renewed interest with judicious but well-executed additional features.

As far as the film itself, Exorcist II has not aged well. The film attempts to maintain a level of Gothic uncertainty by relying heavily on the psychology and pseudo-science. A machine allegedly allows Regan’s doctor and the new priest (Burton) to witness and share her dreams. Are they looking at her repressed memories or is the demon still inside Regan?

Perhaps the most interesting moment in the film is when Regan gets a mute, autistic girl to talk for the first time. “I was possessed by a demon,” she tells the girl, matter-of-factly. The nonchalance with which Regan says this underlines a central idea the permeates all films in the franchise. It is the thing that makes the franchise historically and spiritually significant. Despite being an artistic and historical remnant of a more materialistic age, The Exorcist reversed the Gothic convention of the explained supernatural by insisting that spiritual forces exist. Whereas Gothic texts will often toy with supernatural scenarios before retreating to materialistic explanations, here it is the skeptic who is generally exposed.