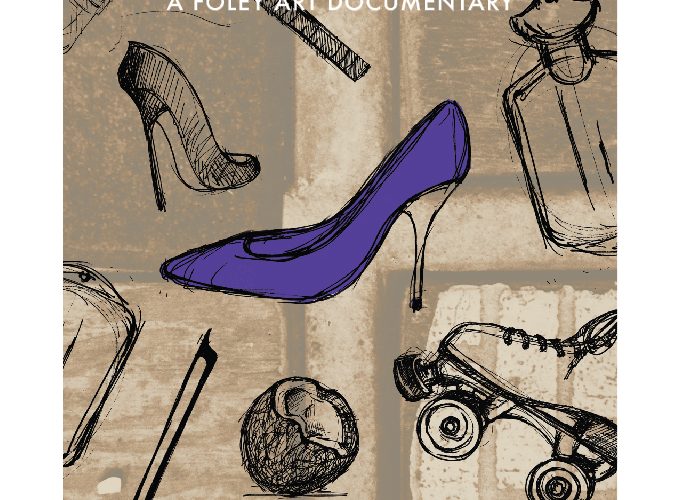 Pretend your boss has created a realistic, computer-generated image of a dragon flying. But it just doesn’t sound right. Your job is to use materials you could find around your house or at a grocery store to approximate that sound. Do it well enough and nobody will give your work a second thought. Fail and a multi-million dollar project could flounder. Actors of Sound is a delightfully nostalgic look at what one interviewee calls the “last of the decidedly low-tech” movie arts: Foley sound effects. Filled with profiles of the artists whose job it is to figure out what “something should sound like” and stuffed with anecdotes from seminal films, the documentary should play equally well for hard-core cinephiles and casual film watchers.

At times Foley effects can be literal or exaggerated. At other times, the sounds we hear are constructed. Metal armor marching can be represented by the jingling of keys. E.T.‘s squishy gait is made by a T-shirt filled with Jell-O. In one virtuoso scene, we see the opening of Who Framed Roger Rabbit? played side-by-side with a Foley artist tapping a rolling pin and hitting pots and pans. Listen carefully to the following clip and try to imagine how you would create a soundtrack for the cartoon. Which sounds are literal and which are constructed?

Why are documentaries like this important? While there are schools (usually post-graduate) that teach film appreciation, we still tend to think of film as an entertainment form to be consumed rather than an art form to be appreciated. Culturally, we are surprisingly ignorant about film history or the mechanics of film-making. Actors of Sound explains why Foley has persisted as an integral part of film even as technological advances have altered the way films are made and distributed. When filmmakers began using body microphones rather than boom microphones, many of the contextual sounds for a scene got lost. (If you doubt that the ear would miss these sounds, ask yourself why most films that are dubbed from a foreign language sound so flat–it is because only dialogue is recorded.)

Is it not possible to simply have a digital catalog of the actual sounds that need to be approximated by Foley artists? Perhaps, and the film suggests that Foley artists will continue to diminish as lower-budget films and televisions opt for digital alternatives. But a computer, unlike a human, cannot vary the pace, pitch, and length of even the most common sounds. Consider, for example, the relatively simple sound-effect of footsteps: heavy or light? five steps or ten? fast or slow? shuffling or stomping? A Foley artist can practice and time an effect much easier than a technician can replicate the near-infinite variety of precise sounds.

Foley artists don’t just recreate and time sounds — they interpret them. As the example from E.T. illustrates, not all sounds should be (or need to be) literal. So, did you figure out how to make the sound of dragon’s wings? You use…

I won’t give it away. Watch the movie. I bet you never watch Game of Thrones the same way again.