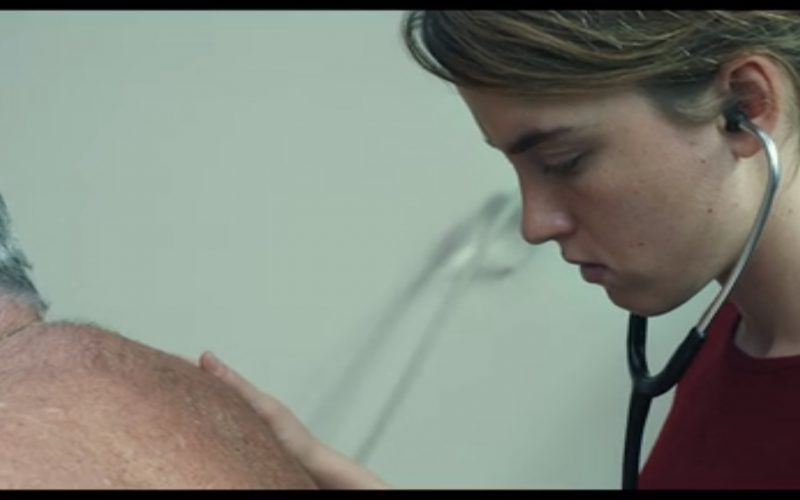 I can’t watch a Dardenne film any longer without thinking about Doug Cummings’ essential essay in Faith and Spirituality in Masters of World Cinema (Volume 1), dealing with the importance of face-to-face interactions in the films of the Belgian brothers. Cummings’s essay is informed and far-reaching but also very accessible — a quality I admire in the best film criticism. He deals with the influence of Murnau (particularly Sunrise) on the Dardennes and charts the theological foundation for their empathetic, humanistic cinema.

Structurally, many of the early Dardennes films follow a pattern that shapes Sunrise: the human heart contemplates (or enacts) sin, only to be challenged or transformed at the point of having to look another human being in the face. Personal contact with one’s neighbor is essential, and it has an often mystical effect. (Although it is a later film, Two Days, One Night underlines this theme, with Sandra’s husband urging her not just to call her colleagues but visit them. It is infinitely harder to deny the humanity of or stifle compassion for the actual person who stands before you.)

The Unknown Girl is a difficult film, perhaps one especially so for those who love the Dardennes’ early films. One reason is that thematically and formally it denies us (and its characters) the transcendent moment when face-to-face interaction actually changes people. There is external evidence that at least one person changes. Dr. Jenny Davin turns down a job offer from a lucrative practice, seemingly informed by her guilt over failing to answer the buzzer when a desperate woman tries to gain entry to a clinic. Jenny never actually sees the unknown girl. Her only glimpse of her face is only of an image from a security camera.

The first screenshot, from the opening scene of the movie, situates Jenny behind a patient; she is looking at his back, not his face. Face-to-face interaction is mostly mediated (through the camera) or denied early in the movie. Jenny is not indifferent to her patients. But there is a difference between listening and seeing. The presence of cell phones, alarms, and interruptions is pervasive in this film as well as in Two Days, One Night. Although they are powerful tools, they tend to interrupt human contact. Ironically, Jenny fails to respond to the buzzer because she, like many of us, has become habituated to hearing it as a perfunctory intrusion rather than an alarm. Because she cannot see the woman sounding the buzzer, she cannot interpret the alarm. The doctor is quite attentive to even minute signals — when those making them are physically present. When confronting an intern, she asks him to stop looking at a computer screen and look at her. When treating a sick boy plagued by guilt, she notices changes in his pulse and later asks him to turn off a game.

But most of the film’s main plot follows Jenny’s admittedly less than wholly successful attempts to transform the unknown girl from abstraction (prostitute, immigrant, victim) to a real person. She does eventually learn the woman’s name, but even that does not provide closure. If you are going to watch Dardenne movies, you will need to get accustomed to staring at people’s back. Some of this, I gather, is the suggestion that we adopt the point of view of the character rather than look at him or her. We get a lot of shots of Jenny’s back in the film, whether she is staring out the window, looking down on the water where the unknown girl was killed, or walking someplace, a few steps (figuratively and literally) ahead of us.

Yet even when characters are not purposively looking away, the film has a tendency to frame them in isolation. In this early scene, Jenny is called to the house of a young patient (seemingly with cancer) who plays her a song on his guitar about how much he will miss her after she accepts the promotion. Jenny does not go into the room, standing on the other side of the threshold. We, like her, see the boys and the film cuts to Jenny’s face while we hear the music in the other room…but they are never in the same shot. The camera pans behind Jenny to the boy’s parents as they try to look around her to see the boy or to see her reaction to the song. They are watching her watching him, but mostly what they see is her back. Even positive interactions have trouble bridging the space between people or forging human connections. I’ve heard more than one friend or colleague express frustration that The Unknown Girl, especially in comparison to Two Days or The Kid With a Bike, lacks warmth. Jenny’s demeanor is opaque, the color palette is muted, and the film doesn’t have the same emotional payoff at its climactic moments.

In many ways, The Unknown Girl is an inversion of some of the earlier Dardenne films. When Jenny confronts Bryan’s father, he can only confess if she looks away. Not surprisingly, that confession doesn’t have the same transformative power as do climactic moments in La promesse or L’Enfant, where repentance is linked with face-to-face contact. This confession further alienates Bryan’s father rather than re-integrating him into human society. Immediately afterward, he retreats to Jenny’s washroom where his subsequent actions suggest a deepening despair rather than the beginning of healing.

What are we to make of this? Jenny’s actions throughout the film have felt more like penance than transformation to me, and it is hard for me to escape the nagging feeling that Jenny has also been denied the face-to-face interaction with the woman she feels she wronged. The only way to get the unknown girl out of their “heads” the movie seems to argue is for the guilty parties to have her physical body in front of their faces. But that body has been destroyed and its absence haunts the film as well as the characters.

Jenny can’t look the unknown girl in the face. All she can do is resolve to do so for those like her, to stay at practice, to be physically present to those who she initially looked past.

It is perhaps a sign of my own cynicism that I question the efficacy of this coping mechanism. I picture Jenny in five or ten years burnt out rather than fulfilled. Paradoxically, at the end of Two Days, One Night, Sandra finds solidarity with some of her community even as she becomes more physically isolated. Jenny remains physically integrated with her community, but her attempts at forging a deeper personal connection, such as trying to be a mentor to Julien, are rebuffed.

The title The Unknown Girl is obviously ambiguous. The slain prostitute is unknown to Jenny, but she remains largely a mystery to us. To the extent that is so, the film appears to me to lament the widening gaps between humans in the modern world rather than, as we have seen in the other films, celebrating the moments where isolated characters are able to bridge those gaps.