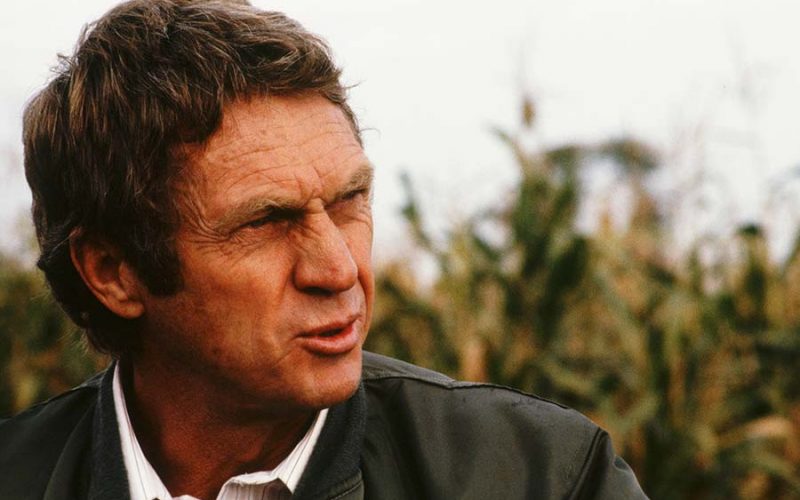 The voice is that of Steve McQueen, playing on an audio tape near the end of Jon and Andrew Erwin’s biography of the man who was once the highest-paid actor in Hollywood.

I’m normally allergic to “Christian” films — movies made by and marketed specifically for Christians — but there’s an understated modesty to this documentary that I find winning. I wonder if part of that modesty is that it is a biography. Most Christian fiction goes for the hard sell approach: claims get inflated, stories are too pat (and hence don’t ring true to life), and potential objections or counter-arguments get glossed over. But when we talk about real people, even (perhaps especially) those we admire and respect, there can be a reluctance to exaggerate. We let their stories speak for themselves rather than feeling it is our responsibility to create a story that will stop the mouths of all the skeptics.

That’s a big part of the reason that, in my opinion, Jon and Andrew Erwin are the pretty much the best creatives in the Christian film industry. It’s not just that they are technically better than anyone at Sherwood or Pure Flix (although they are), it’s also that they so seldom overreach. When you are dealing with (fictional or biographical) material that is this heavy-handed and on-the-nose, a light touch is essential. The story of how McQueen ends up with Billy Graham’s Bible, for example, is all the more touching for the matter-of-fact way it is presented. And the anecdote says as much about Graham as it does about McQueen. This is not a hagiography. The film touches on McQueen’s troubled youth, drug use, and multiple marriages. If anything, it leans heavily on the premise that hedonism and thrill-seeking are informed by our conscious or subconscious pain at the God-shaped hole in our lives. (It is perhaps revealing that the one big Hollywood name who contributes to the film is Mel Gibson, who seems to understand McQueen’s inner demons all too well.)

Another common pitfall of Christian films is also avoided: those who are instrumental in pointing Steve towards God are not championed as special evangelists who have uncovered and are sharing the perfect technique for winning people to Christ. A pastor admits that McQueen was spiritually curious and asked good questions that he simply answered as truthfully as possible. Instead of pressing the actor with a pamphlet and a script designed for a decision moment, an evangelist shares a copy of Mere Christianity to help the actor towards a broader foundational understanding of what being born again actually means. As is so often the case in real life, the conversion moment is something we (and those who were evangelizing him) are informed about after the fact. Are there come-to-Jesus moments in real life that have all the outward drama and emotion of a Hollywood climax? Sure. But there are also slow, steady steps towards Christ that make the last step less dramatic; it can be a small but decisive end to a longer journey rather than always and only a huge leap of faith.

Even more so than most Christian films, I’m not sure I know who the intended audience is supposed to be for Steve McQueen: American Icon. I’m always skeptical about the proclaimed evangelical usefulness of such films. There may be some Bullitt fan somewhere who is influenced by learning the fact that his Hollywood hero was a Christian, but I don’t know that celebrity testimonials are all that much good at selling anything, including Christianity.

But Christians want to see their stories on screen, and I suspect for many Christians, McQueen’s story is one that might feel more familiar and authentic than what is presented as a typical Christian story in so much of our narrative fiction.