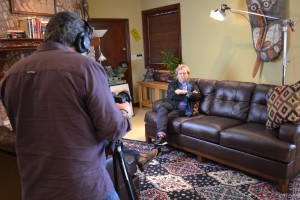 “Every band I’ve been in has broken up,” says Andy Summers towards the end of Can’t Stand Losing You: Surviving the Police (★★★★). Based on Summers’s autobiography and featuring a generous helping of his photography, writing, and music, this documentary is somehow wistful without being nostalgic. It engendered nostalgic feelings in me, but at times I wondered if I experienced more joy listening to The Police’s music than Andy did in making it.

Recounting his memories of completing the album Ghosts in the Machine, Summers said he liked “about half of it.” He claims that the band members flipped coins to determine which tracks would make it onvto Synchronicity, although he later suggests he brokered a compromise by agreeing to put all the fast songs on one side of the album and all the slow songs on the other.

Of Sting, he admits that his former partner may be “the perfect front man” for a band but also insisted that he “is not a team player” and that he “doesn’t want to share credit.” Given that The Police rose to prominence during the inaugural years of MTV, I have no doubt that there is sufficient existent footage to paint just about any portrait one wants of the musicians. That said, it is revealing to see Sting acting the part of an immature bully in interview after interview. Here’s Sting slapping Andy on the back of the head during an interview. Here’s Sting punching Andy in the arm during an interview. Here’s Sting throwing a glass of water in Stewart Copeland’s face during another interview. All of it comes with the thinly veneered sheen of horseplay over what often feels more like irritation rather than aggression. Even so, it’s easy enough to see why Andy would write of their break up, “I knew this was inevitable.” Not that he makes Sting the scapegoat for everything. Of himself during this time, he says, “I [was] a rock and roll a–hole.” 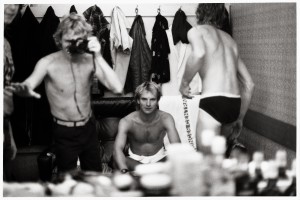 All that may sound and actually be depressing, yet it is impossible for me not to smile at the first few chords of “Message in a Bottle,” or “Roxanne,” or “Every Breath You Take.” It is genuinely fascinating to me to contemplate the gulf between the emotional associations the music evokes in me and those it apparently evokes in one of its creators. In one of the documentary’s most endearing scenes, an adult Summers wanders into a karaoke bar where an Asian man is doing a fairly bad rendition of The Police’s most successful single. Summers listens outside the pub door, gradually drawn in. Eventually he joins the man in a duet. It’s not clear whether or not the karaoke singer even recognizes the award-winning guitarist. Yet Summers’s demeanor has none of the weary body language one is used to from stars cornered by paparazzi. I would like to think the joy the man felt was infectious and stirred something dormant but not quite dead in the musician…a desire to share in the happiness he helped provide for so many.

Summers played on bigger and bigger stages for more and more money, yet he sounds more wistful for this time in Big Roll Band, The Animals, or Dantalian’s Chariot. Days laboring in obscurity trying to be discovered come off as happier than grueling grind of tour after tour. (Nowhere does he sound as downright giddy than when relating a newspaper article rumor that he was one of the guitarists in consideration to join The Rolling Stones.) As in this summer’s recent release, Amy, touring is portrayed not so much as a chance to bathe in the adulation of thousands of fans but rather as an obligation to face an endless procession of demands for the same songs in the same order, world without end, amen. Ironically, his favorite part of touring became the sound checks–brief moments of creative freedom where the band could experiment, improvise, and risk failure without consequence.

One of the truly interesting parts of the biopic is the way it refuses to conform to expectations or easy, prefabricated narratives. The Police’s reunion tour in 1987 remains a quirky, strange phenomenon where it looks and sounds as though wounds were reopened rather than finally healed. (In the film’s press kit, Summers gives much of the credit/blame for the reunion to the media who happened to catch the band members in the same bar at Sundance one year and stoked the rumor mill until a reunion felt almost inevitable.) For his part, Summers says he felt the band never acknowledged their fans with a proper farewell tour and was grateful than his children could at last see him perform some of the numbers that came to define his life and legacy.

Sting has, of course, had a long and prosperous solo career after The Police broke up. Stewart Copeland, while less of an icon than Sting, has been a noticeable presence in and around the industry, particularly doing music for film and television. But Summers has always struck me, paradoxically, as the heart of The Police precisely because he was the one seemed to disappear once the band was gone. Perhaps part of what I liked best about Can’t Stand Losing You: Surviving the Police was learning that he did survive The Police. After the band’s break up, the musician continued to learn photography, wrote a memoir, and reconnected with his ex-wife to start the family he couldn’t have while making the band his only priority.

Can’t Stand Losing You: Surviving the Police is available on Blu-ray and VOD starting July 14, 2015.