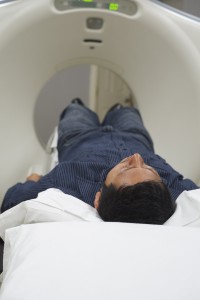 We are told at the beginning of The Widowmaker, Patrick Forbes’s slow but efficient documentary, that more Americans (600,000) die from heart attacks each year than from all forms of cancer combined.

It’s a fairly straight line from that starting point to the film’s conclusion that coronary artery scanning–the so-called heart mammogram–could save lives if utilized more. That it takes the film longer to get there than it should does not disqualify the film from being labelled persuasive. Yes, it probably would have been equally, if not more, effective as an hour-long news report than as a ninety minute film. But ultimately the film’s impact, while diluted by its padding, is not totally blunted.

Given the history of the conflicts between proponents of scanning and those advocating the promotion of shunts, the documentary can be forgiven for proceeding slowly in laying out its case. Ultimately, it is not trying to make an argument that scanning works: after some preliminary description, it takes that as a given. The film is actually trying to answer the question of why, given the advantages of scanning, we as a culture have been so slow to adopt it.

Some of the answers to that question, while predictable, are nevertheless shocking. Medical technology is a huge industry, with careers and dollars on the line. Not only is there money invested in the procedures themselves, but there are also cottage industries developed around training, marketing, and education.

Insurance companies also take their turn in the cross-hairs. The claim is made that many insurance companies will pay $50,000 for a shunt but not $100 for a test. The reason. “The system is not set up to reward prevention,” one interviewee remarks wryly. Given the average length of most insurance policies, the chillingly perverse logic is that the (monetary) savings–the money the company doesn’t have to spend as the result of scanning finding an at-risk patient before a heart attack–will most likely be money that would have been paid by some other company down the road.

The most persuasive element of the argument? After former President Bill Clinton reveal much publicized heart health issues even though he had lost weight, it was determined that all future presidents would get scans. If you want to know what technology the rich and powerful really believe in, maybe pay less attention to their public statements about what is good for you and more attention to what they perceive as being good for them.

Also, the film scores some ethos points by allowing proponents of shunts to have their say. It’s refreshing in a post-Michael Moore age to see attempts to at least articulate the other side of an argument rather than merely hold it up for ridicule. That said, the film does clearly take a position; it does not fall into the NPRish “let’s just summarize both sides and let the viewers decide” trap.

If there was a part of the documentary I would trim, it would have been the testimonials from those who had undergone heart attacks. For the most part I appreciate documentarians trying to put a human face on a problem, but here it felt a bit like (no pun intended) overkill.

That quibble aside, director Patrick Forbes and narrator Gillian Anderson are to be commended for tackling a multifaceted topic. It’s a cliche, but this is a movie that could, quite literally, save lives.