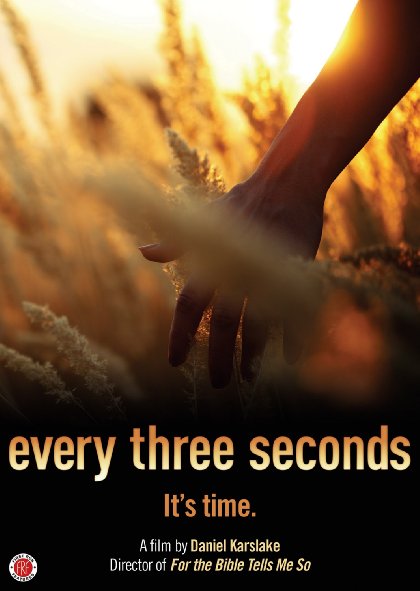 Every Three Seconds takes its title from the statistic stating how frequently someone in the world dies of hunger. According to the film, hunger is one of the world’s problems that is imminently solvable: ninety-six billion pounds of food goes to waste every year. The documentary doesn’t particularly want you to feel guilty about that fact. Nor does it want you to feel angry. It doesn’t want you to feel much of anything. It just wants you to do something.

What that something might be is not emphasized. Every Three Seconds is built around multiple volunteers addressing different causes. It is a pro-activism film, but it is not pushing any particular issue.

One segment tells of a woman bringing attention to the condition of women in The Congo. Another explains how a boy raised money for earthquake victims in Haiti. A young man organizes the donation of used cell phones to help provide medical services to those historically out of their reach. An elderly woman takes up the practice of gleaning so that food that is usually lost can be donated.

Want a ready-made cause to donate your time and/or money to? The film has a couple of them. But again and again its advocates reinforce the message that the work people can join was started by every day people who simply saw a need.

Every Three Seconds is being released on October 16, which is also, not coincidentally, World Food Day. As a film it is effectively presented, though I thought it was a bit long. Such documentaries sometimes have difficulty integrating the various story lines, and this one is no exception.

But the film’s saving grace is its ability to hit just the right tone. We’ve been inundated with appeals for help, and even the most fearless of us have some compassion fatigue. People want solutions from their politicians; from their movies they want inspiration. There is plenty of the latter, but that, too, comes with its own dangers. The film doesn’t want you to admire its participants, it wants you to emulate them by–say it with me now–doing something.

Google Analtyics approximates that it takes the average reader about ninety seconds to read a four-hundred word review. So if you are still with me, it’s worth pointing out that approximately twenty-five to thirty people have died for lack of food since you clicked on this review.