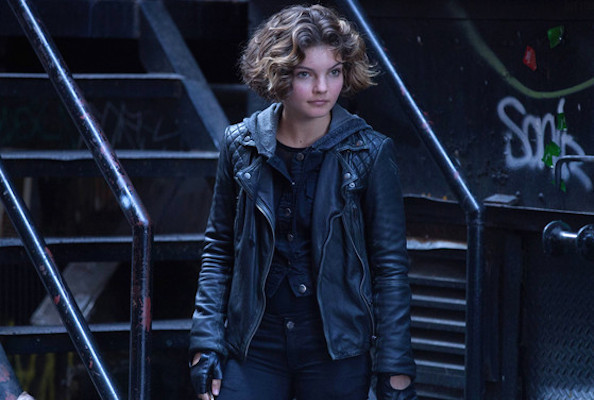 I don’t really consider myself to be that contrarian, subversive or counter-cultural but apparently when dealing with Gotham I feel like quite the outlier. After last week’s debut episode, I found myself excited for a show that many have already dubbed doomed to fail. One post over at io9 particularly caught my eye as it asked, “If Jim Gordon succeeds in dealing with Gotham’s criminals, why does the city need Batman?” The underlying answer is supposed to reveal that Gotham has foundational weaknesses it can never overcome. However, when thinking about this show, I guess I just don’t get that assessment..

When watching “Pilot” last week and “Selina Kyle” this week, I found myself completely dialed in. Sure, there are aspects that might cause an eye roll here and there (Is Jada Pinkett Smith purposefully doing her best Eartha Kitt impression or is that her genuine acting choice?) but for the most part I have thoroughly enjoyed what Gotham already is and what it is hopefully going to become.

“Selina Kyle” built up “Pilot” without feeling the need to spend all its time directly addressing everything that happened previously. Oswald is now outside of Gotham City, waiting to be able to make his return while causing some havoc of his own on some locals. Fish Mooney is feeling the heat of her attempt at pushing out the Falcone family and Jim Gordon is still trying to adjust to a city that doesn’t seem to want a good cop. Still, “Selina Kyle” is a smart episode, it begins a villain-of-the-week formula that the show will need to have legs, while at the same time focusing on character moments like we saw with young Selina showing of her “Cat” like reflexes and feisty behavior as a survivor. I’ve mentioned comparing the show to Smallville, but another apt comparison is to its fellow DC Comics show Arrow. In Arrow, we are given large back stories for many characters throughout a season while at the same time treated to villains we meet and see dispatched within the hour. After all, isn’t that part of the fun of any show based on a comic book? I enjoyed this episode am an interested to see where things head next week, which is the same way I felt during Smallville‘s early run as well as Arrow in its first few seasons. One would assume that is a good sign for Gotham.

The bigger issue, goes back to what I mentioned at the top of this recap, is Gotham fated to be a failure? I think that viewpoint is missing the entire point of the show, and really the larger thrust of Batman altogether. Jim Gordon doesn’t have to be a complete failure or success in the course of this show. Rather, he has to be both a success and a failure. Bruce Wayne has to see this one good cop doing all he can for Gotham City. He has to see Jim Gordon make a difference so that he knows that one person CAN make a difference. He also has to see the limitations of Jim Gordon, specifically the future police commissioner working within the conventional system. He has to have a reason to leave home, travel the world and prepare himself to eventually be Batman, and this whole series will give him that reason. Meanwhile, all the characters we meet along the way help create the environment for Bruce to see that and will (for the most part) be waiting for him when he returns. A well developed world in a work of fiction, isn’t that what people want? I know I do and in my opinion, that is what makes Gotham so intriguing and what should make it destined for success. If you need any other reason for hope check out the newest trailer released for the show previewing whats ahead this season.

What do you think? Is there an inherent problem Gotham has? If so, how do they work through it?