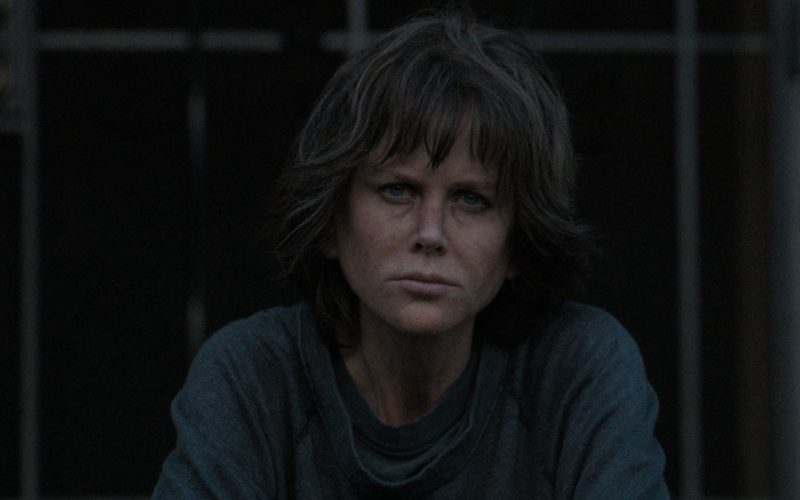 Movie lovers at Chapel Hill’s Filmfest 919 got an early look at Destroyer , a crime drama sure to generate awards buzz for the barely recognizable Nicole Kidman, who plays a battered and broken Los Angeles police officer.

The film opens with Erin Bell (Kidman) at a crime scene. The victim has a tattoo on the back of his neck that we (later) discover is similar to one removed from Erin’s. Near his body are $100 bills covered in purple dye. As the plot unfolds, we learn, slowly, Erin’s connection to the victim and to the events leading to his execution. She was part of an undercover operation that went wrong. That much we know. She’s also wracked by shame and guilt, though its depth and exact origin, like that of most pain, proves trickier to pinpoint.

Director Karen Kusama told the audience that when considering the story, “The way this would feel new [is if this is a woman’s character].” That’s a truth that cuts two ways. Erin’s gender unquestionably causes us to look at some of the tropes of the burnt-out, corrupt cop from a different angle. But do fresh angles mean fresh insights? Or is this just a showcase for Kidman’s remarkable talents?

For me, the most interesting insight is the way the film distinguishes between symbolic and actual power. When Erin flashes her badge at a seedy bar, the alpha male merely says, “I don’t care.” When she gets angry at a suspect she is questioning, the man’s private bodyguard beats her to the floor and takes her gun. It is not that these things could never happen to a male detective, but Erin can never expect her power to be respected…it must always be proven. When she confiscates some guns from a local arms dealer he warns her, saying something like, “Don’t make me have to notice you.”

These scenes are particularly resonant given Kusama’s comment that being a female director means she sometimes feels that “I’m not allowed the room to say, ‘I don’t know, I’ll have to think about that.'” Erin’s profession is one that requires her to make many snap decisions. Combine the constancy of that sort of immediate pressure with the consequences of making the slightest error and the film conveys (to this male at least) an approximation of what it means to be a woman in a man’s world.

But, ironically, it isn’t Erin’s snap decisions that destroy her. It is the more calculated and considered ones.

In her capacity as a mother, Erin pays off a gangbanger to leave her rebellious daughter alone. When he begins to rationalize why he is considering the payoff, she cuts him short: “Don’t make excuses for what you want. It’s weak.” Her reticence and contempt for hesitation are typical masculine traits that suddenly look uglier when we see them manifested by a female.

But machismo is a trap, whether it is exercised by man or woman. The same contempt for excuses leads Erin to hide the roots of her own pain and need from her daughter, her partner, and from us. She won’t make any excuses for what she wants, and more importantly, she won’t excuse herself for wanting it. That leaves her with no real avenue to address her pain, only to bear it. Toxic masculinity turns out to be just as cancerous in a female as in a male.

I’m not sure that will be enough to make Destroyer a huge hit, but Kidman is a virtuosa, and critics and peers love to give awards to established actresses who play seedy or ugly characters (such as in Monster or Leaving Las Vegas).