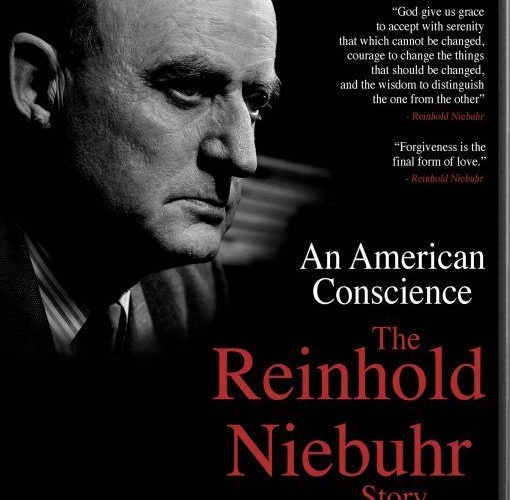 Reinhold Niebuhr was one of the most prominent moral voices during some of the most troubling and tumultuous eras of American history. Living through both world wars, the Cold War, Vietnam, and the civil rights movement, Niebuhr saw some of the worst displays of humanity’s capacity for evil and injustice. Throughout his life Niebuhr’s theological views went through many different changes, going from a pacifist and socialist in the world war eras to seeing war as sometimes necessary and social utopia as an impossibility by the time of the Cold War.  Despite the death of the idealism and naivete of his younger years, Niebuhr never lost his faith in God, nor his hope in humanity, particularly in America’s capacity to be a place of hope and justice for all, despite race, religion, or sexual orientation.

This hope for the world and belief in our country’s capacity for social justice is a message that is just as important today as it was in Niebuhr’s time, and makes Journey Film’s new documentary on his life seems very aptly timed.  It includes interviews from many who knew him and were friends with him or studied his works, including his daughter, Jimmy Carter, and a slew of theologians and historians. The documentary focuses on the importance of Niebuhr’s messages and the relevance that they still have today. In our current society that is still in the midst of racial tension and debate over LGBTQ rights, the documentary presents the life story of a deeply religious man who was not afraid to point out issues in both the church and in society, and was truly interested in finding ways to make the lives of all people better, rather than trying to push any kind of political or religious agenda.

Despite his great work in the area of social justice, and his very public role in the discussion of societal ethics, Niebuhr does not get as much recognition as other religious figures of his time such as Billy Graham. This is most likely because he was not a typical evangelical Christian; he focused more on correcting society’s social ills rather than converting individuals to his way of belief, and starkly opposed the idea of America as a Christian nation. Niebuhr was also not a typical theologian either; despite his many writings about religion and society such as Moral Man and Immoral Society and The Nature and Destiny of Man,  Niebuhr preferred a more hands on approach to religion and philosophy over the removed and abstract approach of other theologians.

This refusal to conform to any specific religious or political role in society causes him to fall through the cracks of history, when he should be an ever present figure in the narrative of American history. While Niebuhr coined one of the most quoted Christian prayers in recent history, the Serenity Prayer, many young people such as myself have never been exposed to him in their general education, despite being from a Christian household. While Reinhold Niebuhr never found all of the answers, and certainly never claimed to, he never stopped searching for better and more ethical ways to approach human conflict. An ever-changing and growing Christian, Niebuhr could be a great role model for our society, with a message of love and acceptance that could reach both Christians and secular communities alike. Hopefully by creating and airing this documentary Journey Films and PBS will encourage viewers to explore Niebuhr’s works and try to learn from his experiences so we can all strive for his dream of a better world.