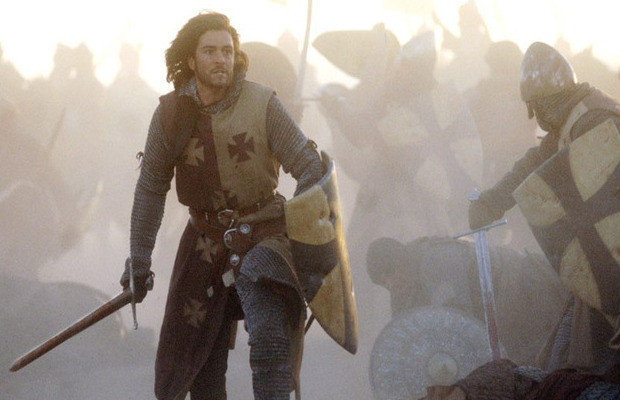 Given that I revisited Ridley Scott’s director’s cut of Kingdom of Heaven on the same week that a front runner for the Republican presidential nomination proposed a ban on all Muslims entering the United States, it is tempting to inflate the film’s cultural significance.

It’s not that I don’t believe blockbusters have a place in shaping Americans’ political convictions. I’ve written before that the epic films leading up to the invasion of Iraq — The Alamo, Master and Commander, The Lord of the Rings, The Matrix Revolutions — focused on small, undermanned warriors of democracy/freedom fighting off hordes of invasive, soulless despots. As public perceptions and support of the Iraq War dimmed, films such as The Bourne Supremacy and Munich mirrored our ambivalence about armed conflict and those who lead us into it. 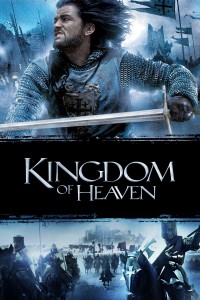 In comparison to some of those earlier films, Kingdom of Heaven sounds anti-war. “I would rather live with men than kill them,” says Tiberias (Jeremy Irons). “No one has claim (to Jerusalem); all have claim,” pronounces Balian (Orlando Bloom).  Those sentiments seem so self-evidently simple, one wonders why we’re still fighting over those lands and those beliefs hundreds of years later.

And that gives me pause. I don’t mind a film that refuses to see the world with the same certainty that those in other times and places did. But the reductive, all-religion-is-bad-religion-because-religion-makes-you-certain rings as false to me as does attempts to position one side or the other as unquestionably in God’s favor. Kingdom of Heaven was four years prior to Alejandro Amenabar’s Agora, yet the two films feel like kindred spirits in retrospect. At the Toronto International Film Festival Amenabar claimed that Agora was “anti-fundamentalist” rather than “anti-religious.”

I am not sure that Scott’s film is interested in such distinctions, because in them nearly all religious people are fundamentalists, even if they practice their religion in times before that term existed. When Tiberias leaves, his final words to Balian are “May God be with you — He is no longer with me.” When Balian negotiates a truce in order to bury the dead he says: “God will understand. If He doesn’t, He is not God.” The path of the righteous is either one of renunciation or accommodation. If he cannot pick one or the other, he is not righteous.

That latter sentiment sounds like something out of J.B., Night, or When Bad Things Happen to Good People. In fact, Kingdom of Heaven might well be re-titled When Bad Religion Happens to Good People. Balian and Tiberias retain a streak of personal integrity, but only insofar as they differentiate themselves from those who think there are things worth dying  for.

Actually, that’s not quite accurate. Balian’s humanism is similar to the his fellow Christians’ zealotry in that he is willing to sublimate his personal beliefs to a higher cause. It’s just that his higher cause is saving the people from the consequences of the crusade.

All of this makes it sound like I disliked Kingdom of Heaven, but I didn’t. I just didn’t find it to be the thoughtfully ecumenical examination of religious conflict I had been lulled into misremembering.

The three hour director’s cut was more interesting to me as a foreshadowing of Ridley Scott’s influence as a television producer. The same year Kingdom of Heaven was released, Numb3rs began its six season run. The Good Wife began in 2009 and is still going strong. Add to the resume of Executive Producer credits at least five miniseries: The Pillars of the Earth, World Without End, Labyrinth, Crimes of the Century, and Klondike. Scott is also listed as Executive Producer for the Amazon original series The Man in the High Castle. 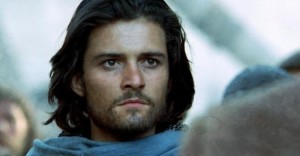 It is not my argument that an Executive Producer is an auteur in the same way as a director, but I couldn’t help but notice the director’s cut of Kingdom of Heaven shared a number of qualities with The Good Wife. The two most obvious are an episodic structure and a fascination with the supporting characters that makes the protagonist important only insofar as he or she is at the nexus of the action. (Alicia Florrick always struck me as a political cousin of Mary Richards.) It’s not hard to see in retrospect the germs of the director being interested not merely in bigger stories but in a more serial form of storytelling.

It’s also not hard to see in hindsight the more open skepticism towards Christianity that is sprinkled throughout The Good Wife (or Prometheus, for that matter) coloring The Kingdom of Heaven. A few (very few) Christians can be sincere, and their sincerity might even motivate them to good deeds, but the substance of the foundation for their beliefs is never as important as pragmatic concerns or humanistic values that can (and perhaps should) be divorced from any particular religious worldview.

In the last two years Ridley Scott has given us one failed epic, Exodus: Gods and Kings, and one wildly successful one, The Martian.  Perhaps in spirit The Martian is a closer kin to Kingdom of Heaven. It portrays a world in which all nations and races work together for the common good, despite religious differences. More importantly, in Mark Watney’s speech (that ends the novel but opens the film’s trailer), it postulates that this cooperation is not exceptional but is, in fact, universal. How then do we explain the Crusades? There seems to be a literary Romantic quality to Scott’s oeuvre. Individual=good; Instiutions=corrupting and bad.

One question worth asking: why is it that men of science are capable of overcoming prejudice and societal/institutional peer pressure, while men of faith more often succumb to it? I sometimes feel like I catch of whiff in Scott’s work not just of the veneration of science but of the claim for the moral and ethical superiority of the scientist. (Did I mention Scott is also listed as producer for Concussion?) Yes, one of our cultural meta-narratives is the scientist questioning blind, untested faith and being momentarily ridiculed but ultimately proved right. But is this the only meta-narrative? Does its current popularity make it any more universally true than that of person propelled and buttressed by faith to challenge corrupt and broken systems (Selma; Invictus)?

What finally bugged me the most about Kingdom of Heaven was this…”If this is the kingdom of heaven, then God do with it as He wills.” Balian can be the Christian of integrity amidst hordes of people who pervert religious rhetoric to justify their own ends; he can also be an agnostic who doesn’t believe much of anything. He can’t be both, though the film tries to make him such. Leaving aside the spiritual interpretation of Jesus’s use of the term “kingdom of heaven,” how Balian surrenders Jerusalem tells us little about his beliefs. As a result, the action, while having historic significance, carries little emotional weight. A commander might well feel more grief to find she left a colleague alive back on Mars. “What God desires is here…and here,” says a teacher pointing to Balian’s head and heart. The notion that it doesn’t matter much what he believes so long as he believes it with purity of heart and intention, would have pathos if it were shown to inform Balian’s actions. But it is hard to feel much empathy for the man torn by doubt if he comes across as never having been settled in his convictions to begin with.