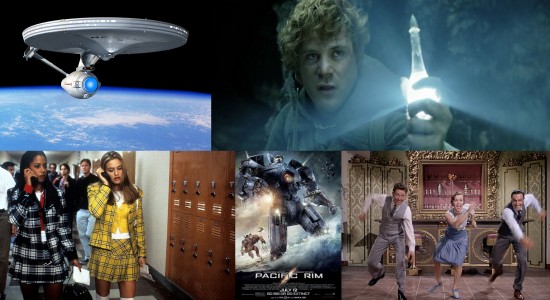 To me, the ultimate “Feel Better” movie is an escape. Life is stressful and difficult enough, so the movies that make me feel better are movies that take me into another world, one where good always wins and evil is always punished. Some of these worlds are fantastic, full of mythical beasts, and others are like our own world, only a better version. All of these movies I have seen upwards of ten or fifteen times, and I find comfort in knowing every twist and turn of the plot, and happily knowing how it will end. When the world is dark and scary outside, I turn on one of these five movies and can relax in the knowledge that no matter what happens in reality, the fictional worlds I love are always there to welcome me. 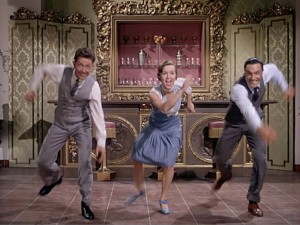 Singin’ in the Rain is my all time favorite movie. My family and I reference it constantly, to the probable annoyance of most of my friends. But no wonder—it’s a classic. The story of a moving picture company trying to reconcile their talentless leading lady with the demanding world of the talking picture, Singin’ in the Rain is a prime example of the comeback kid, with the in-story movie cast and crew turning a flopped wannabe drama to a stellar musical. “Good morning,” proclaims Kathy Selden, ripping a page off of the calendar to express the start of a new day, and indeed, everything can only go up from there. Rising back from almost certain bankruptcy, Don Lockwood and film studio come back swinging, with ultimate success. Singin’ in the Rain is a comedy, but not without its poignant moments. Much like any great epic, it has an apparent defeat, a turning point, a climax, and a (happy) resolution. Has there ever been a musical epic? Let Singin’ in the Rain be the first to join the ranks.

4) The Lord of the Rings trilogy

“There’s some good left in the world,” says Sam Gamgee tearfully in the climax of The Two Towers. “And it’s worth fighting for.”

The Lord of the Rings films, released yearly between 2001 and 2003, are some of the best loved fantasy films of all time. The tale of a young Hobbit from the Shire and his quest to destroy a magic ring in the fires of Mount Doom has resonated particularly with me, as I view it as embodying the conflicts of human existence. Frodo is fighting an inner battle as he struggles against the temptation to keep the ring for himself, and he is unsure who he can trust on his journey. The small conflict soon escalates into something even bigger, as all of Middle Earth becomes engaged in a battle against the forces of evil. At times, all seems lost, and there is no hope in sight. But the film trilogy emphasizes the importance of fighting even when everything seems lost. The main point is not victory,  the main goal is fighting to the bitter end, based solely on principle. This is especially relevant in today’s society, where at times the news can be so dire that any notion of fighting back seems futile at best. The Lord of the Rings offers a spark of hope in a dark world, and it’s just enough of a spark to catch flame. 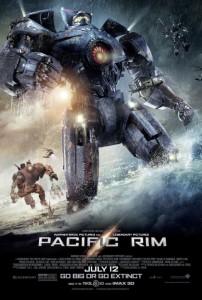 Nineties kids can save the world too. Lately it seems that a lot of focus, especially in media, has been on how the millennials, the “selfie” generation, are slowly destroying the earth. Dystopian films are huge sellers, with movies like The Hunger Games and Divergent, both aimed at millennials, drawing in millions. Pacific Rim does something a little bit different. Instead of millennials destroying the world, Pacific Rim envisions them saving the world instead. Pacific Rim is set in 2025, and kaiju, monstrous sea creatures, are ravaging the world’s coastlines. Set just ten years from the present day, Pacific Rim doesn’t have hoverboards or teleportation devices or anything that makes it feel futuristic. What it does have are giant robots and a lot of heart.

Pacific Rim is remarkable in that it unites the entire world against a common threat. It doesn’t feel like a war film, with one country fighting another, and it doesn’t forget that other locations besides the United States exist. A father and son duo from Australia fight alongside a husband and wife from Russia and triplets from China, creating a sense of unity. Another concept that Pacific Rim introduced to the world is drift compatibility: a mental link and unconditional love. However, it’s not a romantic love necessarily, it can be between siblings, or between a parent and child. It’s love in its purest form, psychologically attuned to another person in their needs. And isn’t that what we all desire?

Clueless, released in 1995, is a bubblegum movie. With scenery doused in various shades of pink, and a saccharine sweet world filled with fashion-forward high school students, it is truly the ultimate escapist movie. Starring young Alicia Silverstone, Clueless is a loose adaptation of Jane Austen’s Emma – emphasis on the loose. Austen might be rolling in her grave at the film’s 90s slang and innuendo, but I think the spirit of the film would appeal to her.

The film revolves around California teen Cher and her group of friends as they navigate the world of high school dating and drama. It’s a bubbly, sparkly, fluffy world that Cher lives in, perfectly stylized and idealized, where fifteen year-olds wear couture fashion to first period, and Daddy’s money can buy whatever one desires. This in itself is a lovely daydream, but Clueless has a deeper level. Cher is not a one note, self absorbed and egocentric character; she and her friends truly care about one another, and accept each other despite their differences. Although misguided, Cher and her best friend take another girl under their wings and help her develop her social status in the school, and help two teachers find love. Clueless is a celebration of youth, in a world where the worst thing that can happen is a “C “on a report card or a failed driving exam. When the world is full of uncertainty, it’s nice to watch a fluffy and surprisingly funny film dedicated to self improvement and friendship. 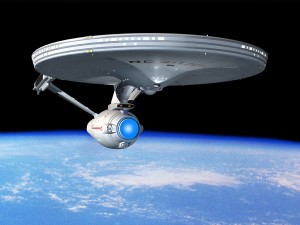 “Space: the final frontier. These are the voyages of the starship Enterprise. Its five-year mission: to explore strange new worlds, to seek out new life and new civilizations, to boldly go where no man has gone before.”

Star Trek has been a science fiction staple since 1966, when the first episode of the Original Series was broadcast on September 8. Since then, it has launched seven television series and twelve movies, including my personal favorite, Star Trek XI. This adaptation, released in 2012, is a reboot of the Star Trek franchise, with the an all new cast replacing Kirk, Spock, Bones, and the rest of the Enterprise crew. Chris Pine plays a young and reckless Captain Kirk, a renegade who has snuck onto the Enterprise and ultimately saves the galaxy from destruction at the hands of Emperor Nero. It is a highly stylized film, with enough lens flares to blind the audience, and it features a cast that looks barely out of college.

However, the film captures the original spirit of Star Trek. Star Trek is all about learning to accept others despite their differences, and claiming the potential and possibilities that the universe offers. I have such a weakness for fictionally chosen families, and the crew of the Enterprise is no exception. They explore the galaxy together and are always there to build one another up when needed. That’s something I treasure. Star Trek is about bringing back a childlike sense of wonder to the universe, and the 2012 movie champions this worldview. Kirk grows from a crude renegade to the worthy captain of a starship, and there is no doubt he will steer his crew wisely, no matter what situations arise. There’s something comforting about the knowledge that the Enterprise flies on.
—
Rachel Davis is a freelance journalist who has previously written feature articles for the Campbell University website.

Tags: Clueless, Pacific Rim, Singin' in the Rain, Star Trek, The Lord of the Rings