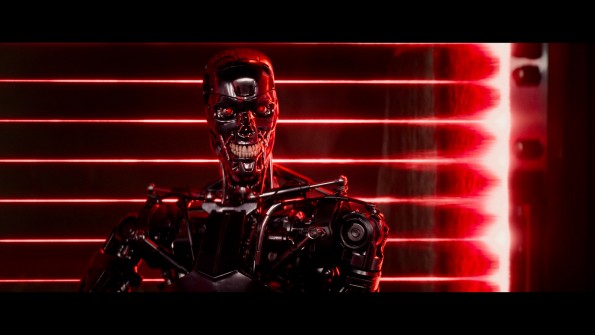 Terminator Genisys made me angry.

There’s plenty of films that leave me unimpressed or bored or just disatisfied. But a film has to be particularly lazy to get me mad.

What was it that made watching the film so irritating? Check out my full review at Christianity Today Movies & TV:

Let’s review. Five movies into the Terminator franchise we’ve established that nothing in the first four movies really happened and that the resolution of the fifth movie . . . wasn’t.

We’ve learned that the future isn’t set in stone, unless it is, and changes to the past just result in an infinite number of alternate timelines.

We’ve learned that with each passing year Hollywood cares less and less about story and character and more and more about bigger explosions and cooler special effects. (Did I mention the flipping school bus?)

We’ve learned that there are no sacred texts, no movies so beloved that they can’t be remade or rebooted or reimagined into banal insignificance.