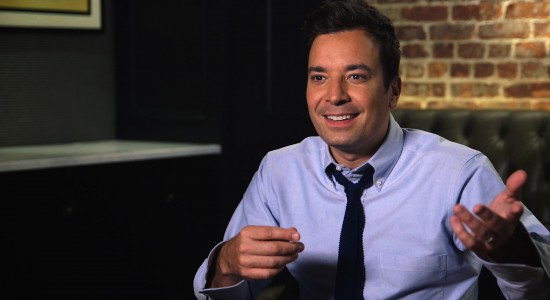 Maybe…or maybe comedy loves misery. The relationship between suffering and comedy is hardly an unexamined one. Think for a moment: what do we mean by comic “relief”? Relief from what?

Kevin Pollak’s new documentary doesn’t merely suggest that those of us who feel bad might turn to comedy to feel better; it asks whether those who provide comic laughs for us are driven by their own misery.

The answer–perhaps sadly–is “yes.” At least that is the testimony of the comedians who sat down for Pollak’s interviews. The film does a nice job at getting a cross-section of talent to appear on camera. There are responses from Jimmy Fallon, Amy Schumer, Christopher Guest, Judd Apatow, Lisa Kudrow, Martin Short, Tom Hanks, and many others.

None of the performers denies the connection. One suggests that you don’t have to be miserable to be funny, but he doesn’t know any funny person who isn’t. Indeed, the actors are surprisingly candid about their insecurities and their perceived origins. Martin Short talks about being jealous of others’ successes. Stand up comedians talk about the strange joy of seeing other performers bomb in front of them.

Like many of the performers interviewed, Pollak’s film is affable but never quite settled enough to be truly thoughtful. There are stand out moments–Tom Hanks talking about Richard Pryor, Freddie Prinze, Jr. discussing coming to terms with his father’s suicide–but the film never quite edits them together into a focused, sustained structure. Even the visuals are remarkable similar. Check out the production stills for Christopher Guest and Judd Apatow:

The thematic and visual repetition means the film drags a little, even at ninety minutes. That said, the performers are charming enough that they carry things along. So  much of comedy is about presentation; one can hear the same joke delivered differently and find it amusing in different ways. So too the insights about pain and suffering.

My favorite respondent was Penn Jillette. Hollywood, he claims, is a subset of the rest of the world. If there are a lot of unhappy people in comedy, perhaps that is because there are a lot of unhappy people…period. Show business, he continues, is about “showing.” Comedians are not that different in their feelings than others, but they have perhaps learned to relieve themselves by letting their more painful thoughts show.

Misery Loves Comedy is dedicated to Robin Williams, which struck me as an odd choice given its subject matter. Is the implication that if all funny people are miserable that the most funny are the most miserable? Is this some form of finger-pointing at the audience? A reminder that our laughs should not be as important as another’s life? Or simply a plea for compassion in our thoughts and attitudes towards those who act out of pain . Lurking somewhere in Misery Loves Comedy is a more serious movie…maybe even one with policy implications or a more focused thesis. I would have liked to have seen that movie, or even just a coda added to this one? But who would give it?

The film is currently available via VOD, and it opens tomorrow, May  15, 2005 at the Geeksboro Cinema in Greensboro, NC.