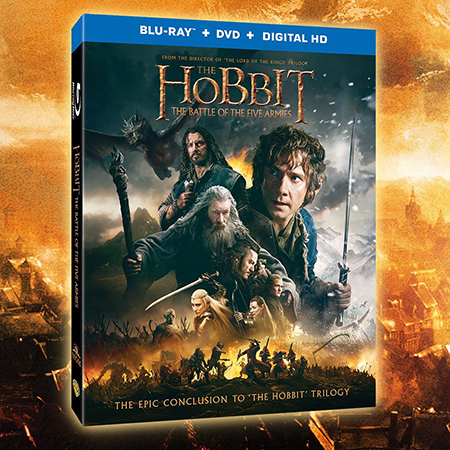 Last week we gave away a free digital copy of The Hobbit: The Battle of the Five Armies.

Our sponsor has sweetened the deal by offering those who didn’t win a second chance to win the movie, this time on Blu-Ray.

Special Features on the Blu-Ray combo pack include:

Want a chance to win? Use the mouse to scroll over the Interactive Map and take the quiz to find out if you are “brave like Bilbo.” Or use the link to check out the Blu-Ray disc features and let us know which DVD extra is your favorite. As usual, we’ll select one reader from among everyone who comments by April 4th.

Each household is only eligible to win One (1) Blu-ray The Hobbit: Battle of the Five Armies via blog reviews and giveaways. Only one entrant per mailing address per giveaway. If you have won the same prize on another blog, you will not be eligible to win it again. Winner is subject to eligibility verification.

Tags: The Hobbit: The Battle of the Five Armies