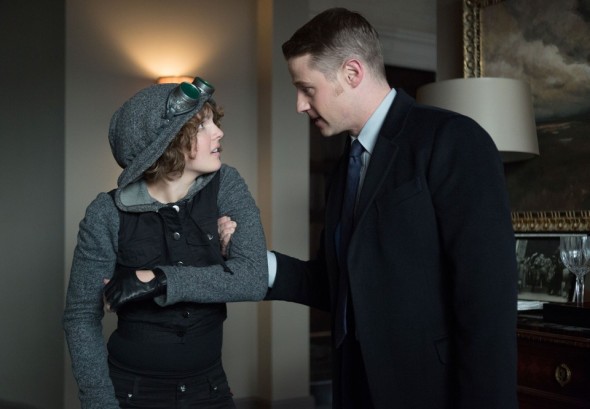 Boo! Fear was center-stage in this week’s episode of Gotham. “The Fearsome Dr.Crane” marked the official introduction of Jonathan Crane, the future super-villian Scarecrow. Who is Scarecrow? Here is a brief look at the character’s traditional background:

However much we might like to talk about this character (in his eventual grown-up state) we have a whole episode to discuss!

This episode was really solid and hopefully will serve as a good foothold for next week’s episode, which will build and seemingly deliver some really satisfying material.

Did you like the episode? If you attended the support group, what would be the fear you shared?

One Reply to “Gotham Episode 1.14 Recap: The Fearsome Dr. Crane”