Ken’s Note: As most cinephiles could tell you, July is one of the month that The Criterion Collection offers its semi-annual 50% off sale. Given the label’s array of titles, taking advantage of that sale can be daunting. I’ve asked friends and colleagues to make write up one of their favorite or newly acquired Criterion discs. Alex McKee wraps up this month’s series with a look at David Fincher’s The Game. 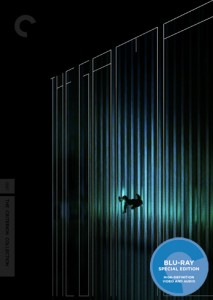 I chose to review the Criterion Collection version of The Game partially because I  really don’t believe in a lot of the hocus-pocus digital magic over-priced Blu-ray cash-grabs, and I wanted to point at this edition and say “it didn’t affect my experience and it’s a waste of money.”

It did. And it’s not. As is the case in many things, I was plain wrong.

The crazy thing about this version, was that I noticed the effort put into the mastering. I don’t claim to be a HD snob or anything, but I could tell that every single frame was enhanced and perfected. It added to the immersion. The colors were wonderfully balanced and pulled me into the world of The Game. Quite a feat with a Fincher movie so darkly lit most of the time, the colors were always vibrant even in those dark shots.

Another aspect of the reworked edition was the Sound. I never pay much attention to the claims of “5.1 surround sound” since they seem to be meaningless outside of a theater, but the sound in this edition actually surrounded me and helped pull me into the film.

These two aspects, the visual and the sound, may be present in the original version of The Game and the Criterion version may have just slightly improved what was already there. This is one disadvantage of never having seen the film theatrically. However, I have seen many movies from the late 90s (even other David Fincher films from the late 90s) that did not receive the Criterion treatment, and I can say that the Criterion edition of  The Game looked and sounded better than any other movie I’ve seen from that time period.

It looks good, and sounds good, but what about the super special fun features? Well, the quantity is a little underwhelming, but the quality of these features is solid. You get storyboards of some of the action set-pieces, commentary of the whole film, an alternate ending (which is really a let-down) and behind-the-scenes footage which also has commentary. I’ll break down the features individually:

Storyboards: these are presented well, and those interested in the filmmaking process will probably get a kick out of seeing how exactly the dog-chase scene looked on paper and how it translated to the screen.

Commentary: before I get into the actual content, I gotta say that Criterion included a wonderful little feature with the commentary: at any point in the film you can pause it, hit the pop-up menu button on your remote and select the commentary option. This is great if you want to hear what they have to say about a specific scene right after you watch it, or if you know there’s a scene coming up you want to hear about. You can switch it off just as easily. Such a small feature, but a very nice touch! 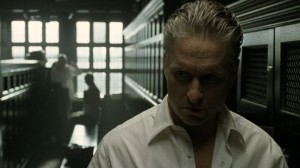 Now, commentaries are fickle creatures. I have to really love a film to want to listen to a commentary on it. Not that I dislike them, it’s just that I find myself always opting to watch the film again rather than listen to those distracting voices. However, when I do listen to a commentary, for some reason, I really want to hear random trivia. The Game’s commentary gave me a little bit. For example, the original fall at the end was scripted differently and would have had a more emotional punch than the released version. Most of the crew wanted to end the film after the big fall and not spend any more time explaining the end, but Fincher thought the studio would want a bit more, so the rest of the scene was filmed, which Fincher said he sort of regretted.

I personally love that sort of commentary. While some fans may become disenchanted with the ins-and-outs of the decisions that were made, I ate it up. I once dabbled in acting myself, and I particularly enjoy hearing from movie stars in commentaries. Michael Douglas lends his voice to this one, and it’s another level of fandom to hear all the little nuances of emotion that he put into his role.

The alternate ending was neither ground-breaking or really film-changing. It’s really just one shot different than the released version, so that was a bit misleading.

Behind-the-scenes: these featurettes really pulled back the curtain and made the wizard pop out. With the commentaries from the director of photography, David Fincher, and Michael Douglas, these were my favorite part of the disc. For a first time viewer, it was great to see how they pulled off some of the shots. I am a bit of a nerd when it comes to this stuff: I love seeing how Hollywood “cheats” and the sort of scrappiness that even big-budget blockbuster directors have to have.

The Game remains a fantastic film, and this edition contains a fair amount of quality features for fans who want to delve into a favorite movie. For newcomers, this edition presents the original film incredibly well.