“I had to write it,” Blake Robbins says of the screenplay for The Sublime and Beautiful (★★★★).

Writing was a way for the actor-director to process his own experience of grief, particularly that stemming from his aunt being killed by a drunk driver. In the film, Robbins plays David Conrad, a college professor whose children are similarly killed by an intoxicated driver.

There have been several good films in recent years about parental grief: Rabbit Hole, The Sweet Hereafter, Beautiful Boy, Cake, and, of course, In the Bedroom. I asked Robbins how his film was different.

“I felt like what was missing sometimes when I would see another film  dealing with parental grief was [caused by] the obligation to create a performance that might be worthy of awards [….] The truth of an experience of grief is that most likely the people that experience it are dealing with shock [….] They don’t really always reach out, or try to move on–the human moments don’t come until possibly a year later.”

“When  Hollywood takes on a film like this, “Robbins opines, “they usually want awards.” That desire means requiring a script’s focus to be split in order to make both roles award bait. Robbins cared more about being true to the experience, which is often isolating, and he stated several times that his first hope was that those who knew grief themselves would tell him that he conveyed that experience–as a writer and actor–accurately. “The truth is, sometimes you’re just stuck.”

But to be true to the experience of grief as he experienced it was a risk, since making David “stuck” meant that “the audience doesn’t get any relief either.” 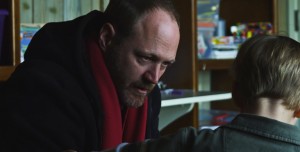 Robbins also took the risky writing path of making David an imperfect, often unsympathetic protagonist. David is having an extramarital affair, and the fact that he is with his mistress when the accident that kills his children happens is a particularly bitter pill to swallow. The loss of the children puts the Conrads’ marriage under strain, since neither husband nor wife appears capable of helping the other or graciously receiving empathy. In one of the film’s several showcase scenes, David’s wife flies into a rage when a friend at a party tries to console her with a hug. When a police officer tries to cut him some slack, David, too, metaphorically slaps away the overtures of friendship and attempts at intervention.

Was it a conscious decision to make to make David unlikable at times?

“It absolutely was. I wanted to make him an every man. Usually in a grief film, we try to set them up as someone heroic […] as someone that is sort of better than the average person.” Robbins suggests that The Sublime and Beautiful is also a story about “someone who was going to experience another path had this tragedy not sideswiped [him].” David’s affair was the writer’s attempt to give the audience a “taste” of what that alternate path might look like. 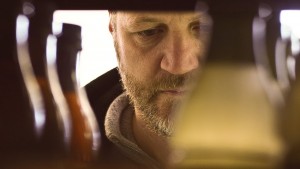 The Sublime and Beautiful is not an overtly Christian movie in the way that term is often (mis) used, but David does spend two (silent) scenes in church, one while he is contemplating vengeance and another after a painful confrontation with the man who killed his children. Robbins says he wanted the film to cause people to ask, “What do I pay attention to in my life?” Western, middle-aged men often become “comfortably numb” and David is no exception. “He’s starting to wonder if he’s in decline […], and he’s starting to wonder if this is all there is.”

No single scene better exemplifies the differences between Robbins’s script and that of other grief films than the moment when David finally does find himself face to face with the man he holds responsible for killing his children. Neither cathartic in a conventional, Hollywood sense nor particularly heroic in a spiritual sense, the scene reminds us that–try as we might–we can’t really script any part of our lives.

All that may make the film sound nihilistic or despairing, but it isn’t. Like most good writers, Robbins sees “fate” and “free will” as both intertwined and in tension with one another. The Sublime and Beautiful illustrates how to be human is to experience that paradox. We are not in control of our lives, nor can we escape our fates. But we can and do make choices every day about how to respond to what happens around us and to us.

The Sublime and Beautiful will be playing in New York City at Anthology Film Archives on December 16. It will also be available to rent via Itunes and VOD starting the same day.