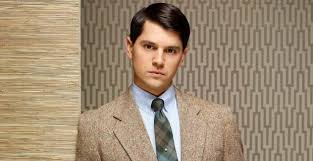 Since my colleague Scott W. Kingsolver is scheduled to recap the mid-season finale next week, this should be my final post on Gotham‘s inaugural season. As such, it seeks not just to comment about Episode 1.9 but also summarize my take on the show’s freshman season.

The last two episodes have been my favorites, and in general I have warmed slightly to the show after a rocky first half-dozen episodes or so. What accounts for that change? Has the show improved, or have I merely adjusted my expectations?

A little of both, probably, but I want to argue for the former. One telling scribble I see from reviewing my notes from last night’s episode: “fifteen minutes before Penguin.” The opening episodes had a tougher time introducing new characters, but there are now over a dozen familiar faces who have been established: Gordon, Bullock, Bruce, Alfred, Oswald, Barbara, Selina, Nygma, Montoya and Allen, Falcone, Fish, and now Harvey Dent.If you don’t particularly care for a character arc–I find my interest waning every time Fish appears–wait a few minutes. Rather than derailing a whole episode, that character’s arc may just take up a scene or two.

It helps, too, that the last two episodes have given us a little more of Bruce and Alfred. I mentioned early on that even in the Nolan films, I’ve never found Gordon as interesting as some Batman scribes and fans apparently do. If Gotham is going to succeed as a series, I think it will ultimately need to find ways to develop and enrich the back-story of its hero and not merely act as an origin story for the rogues gallery.

The weird triangle between Alfred, Bruce, and Selina might actually have been creepy if presented wrong, but it interjected some moments of levity into a show with a dominant tone that is dark and depressing. Also, it has been one of the episode arcs that has offered us glimpses of characters (Bruce and Alfred) that we wouldn’t normally see in their adult iterations. The adolescent transition from flirting to food fight let us see Bruce in a situation where he is out of his depth and not in control. The Alfred we know in Bruce’s adult life is silent and supportive. Here–quite appropriately–Alfred challenges him and shows irritation at Selina’s intrusion into their home and training.

I was also happy with the casting of Nicholas D’Agosto as Harvey Dent. D’Agosto was an underrated presence in Season One of Showtime’s Masters of Sex. Here, as in that show, he plays off his boyish good looks to appear younger than he is. (According to IMDB the actor is 34.) Harvey’s temper gets the better of him at one point, and it was probably the best example of the quick foreshadowing that was Smallville‘s bread and butter. A comic book character’s origin should explain how he (or she) got his powers, but it shouldn’t necessarily transform the character’s personality completely. This episode nicely shows us a character who is mostly good but has flaws which could be exploited. (In some ways Harvey as written is the mirror of Bullock who one gathers is supposed to be three parts corruption and one part principle.)

The down side? Well, Gotham is still searching for its equivalent to the X-Files’s conspiracy episodes. It clearly wants the Waynes’ murders to be the locomotive that pulls the plot along in between one-off episodes with villains of the week. We don’t want a soap opera–a show with incremental advances made simultaneously by multiple story lines, but right now that is what we have. Of course it would be easier to halve multiple episode arcs with Gordon and Bullock as the main characters since they are the only ones whose spheres intersect with those of all the other characters. But  focusing too much on them risks obscuring the Alfred-Bruce relationship, which thus far is the heart of the show.

Overall my midterm grade is B-, but trending upward. Disagree? Let me know your grade, and be sure to tune in next week for Scott’s warp on the mid-season finale.